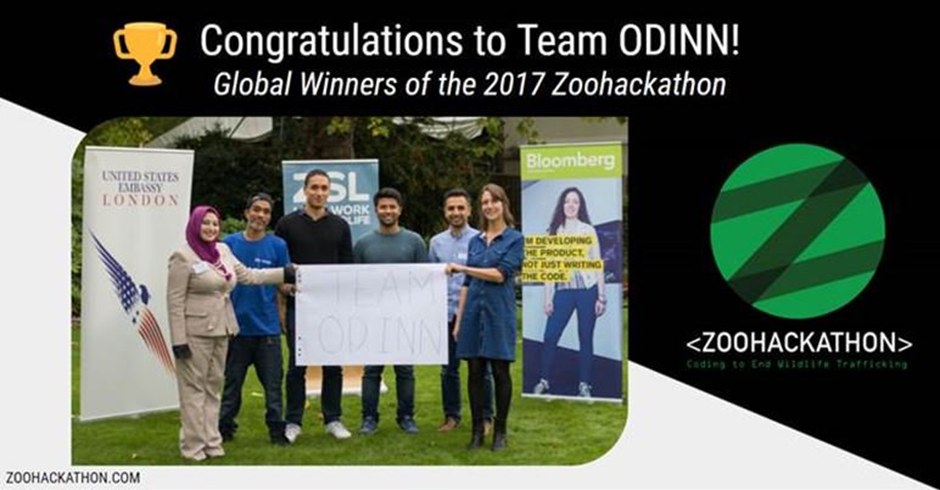 I am currently employed as a Research Associate for the Life and Environmental Science department at Bournemouth University, where I have been working since January 2016. My role encompasses an online community, created by the Faculty of Science and Technology and aims to promote a better understanding of the UK’s unique natural environment and heritage assets.

I am passionate about wildlife conservation. My work in Karongwe, South Africa (2016) and Tsavo, Kenya (2017), focussed on mega-herbivores. Consequently, I will lead an education programme on the functionality of the toilets, using conservation art as a medium for learning and respecting local endangered species. I realise the importance of species protection and avoiding human-wildlife conflict, and the need for further research, school outreach, and policy-making. These are essential in reducing wildlife exploitation, by sharing knowledge and valuing species.

During the summer of 2017, I was lucky to be selected to work at the prestigious Royal Society Summer Science Exhibition, representing Bournemouth University Faculty of Science and Technology. Our stand showcased pioneering work from Professor Matthew Bennetts team who pioneered an integrated software solution, DigTrace. This software was developed over a decade of research at Bournemouth University on fossil footprints, and provides a bespoke solution to the analysis of fossilised footprints. It is an integrated software solution allows the capture and analysis of 3D data, whether in a forensic context or the study of vertebrate tracks and footprints. The software caters for everything from the study of dinosaur footprints to the analysis of footwear evidence at a crime scene. It allows you to create 3D models via photogrammetry, visualise those models and make a range of measurements of individual tracks or track populations.

As a result of the stand that we showcased, ‘Dinosaurs to Forensics’, I was privileged to meet Mahvash Siddiqui, Environment, Science, Technology and Health Officer of the American Embassy. I explained the focus of the stand which she was excited to hear more about the stand and the software, as well as the research that we do at Bournemouth University.

From then, Mahvash introduced me to the Zoohackathon event in London. It was evident that there were synergies between this event, and the broad research that we have been pioneering at Bournemouth University. Mahvash personally invited me to be a subject matter expert for the event, which I was thrilled to be invited to! As a current researcher in wildlife conservation, I embraced the opportunity to take part in this event where I have been readily communicating and engaged with the work that the Zoological Society of London are involved in.

The Zoohackathon event ran from the 6th-8th October, where over 80 digital masterminds joined in London ZSL for a 48 hour hack, creating solutions for the illegal wildlife trade. This came at a prominent time when the UK government declared a total ban for Ivory trade, showing the importance of this event. The trade of illegal animal produces is one of the biggest threats to wildlife conservation worldwide, where this event developed solutions for this crisis including apps, technical solutions and communications to support law enforcement.

Zoos from three continents, London, New Delhi and America came together, collaborating with local U.S. Embassies in the world’s second Zoohackathon. Nine teams took on this challenge, where I used the skills that I have developed to advise coders on how to represent their products/codes to judges. Throughout the weekend event, there were talks from significant organisations:  Sarah Bailey (MET police), David Cowdrey (IFAW), Mark Moseley (MET police), Dr. Leon Barron (Kings), Brian Chappell (Uni of Portsmouth), Nick Bruschi (World Animal Protection), Sabri Zain (TRAFFIC), Christian Plowman (ZSL) and Peter Karney (Digital Catapult Center). Along with volunteers and subject matter experts, we played a vital role in enlightening and informing the coders through the hackathon. It was a fantastic event to be part of, where I embraced the opportunity to learn new skills and partake with fascinating talks throughout. The event continues to support the winning teams, and develop high impact software solutions that is integral to aid with the prevention of global wildlife trafficking.

Earlier this week, on World Cheetah day (Dec 4), I learned the best news—that the London winner ODINN won the Global Zoohackathon competition after competing against hundreds of contenders from other Zoohackathon sites.  Heartiest congrats to Team ODINN, the London Zoo (ZSL) and the U.S. Embassy Team (Minister Counsellor Greg Burton, science and tech officer Mahvash Siddiqui and team) for this huge win!

Katie Thompson is a Research Associate for the Life and Environmental Science department at Bournemouth University.

Katie served as a subject matter expert, and helpfully advised coders at the London Zoohackathon.