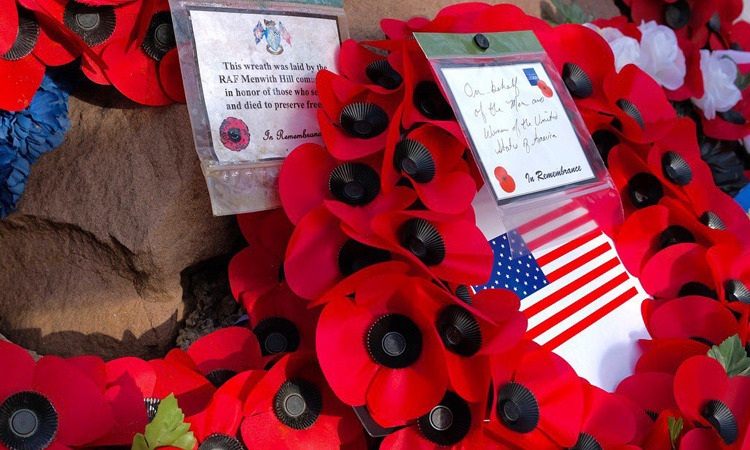 In January 2018, BBC journalist Dan Walker reached out to the Embassy. Dan had bumped into an amazing man, Tony Foulds. For 75 years, diligently and every day, Tony maintained the U.S. Air Force Mi Amigo war memorial in Sheffield. Tony’s wish was for a flyover to honor the fallen.

Six weeks later, the Embassy along with the U.S. Air Force, RAF and twelve thousand people in Sheffield made that wish come true. The amazing Tony Foulds story proves that the sacrifice of those who served in World War II is still tangible today. It’s living history.

What Are We Asking For ?

How To Get In Touch