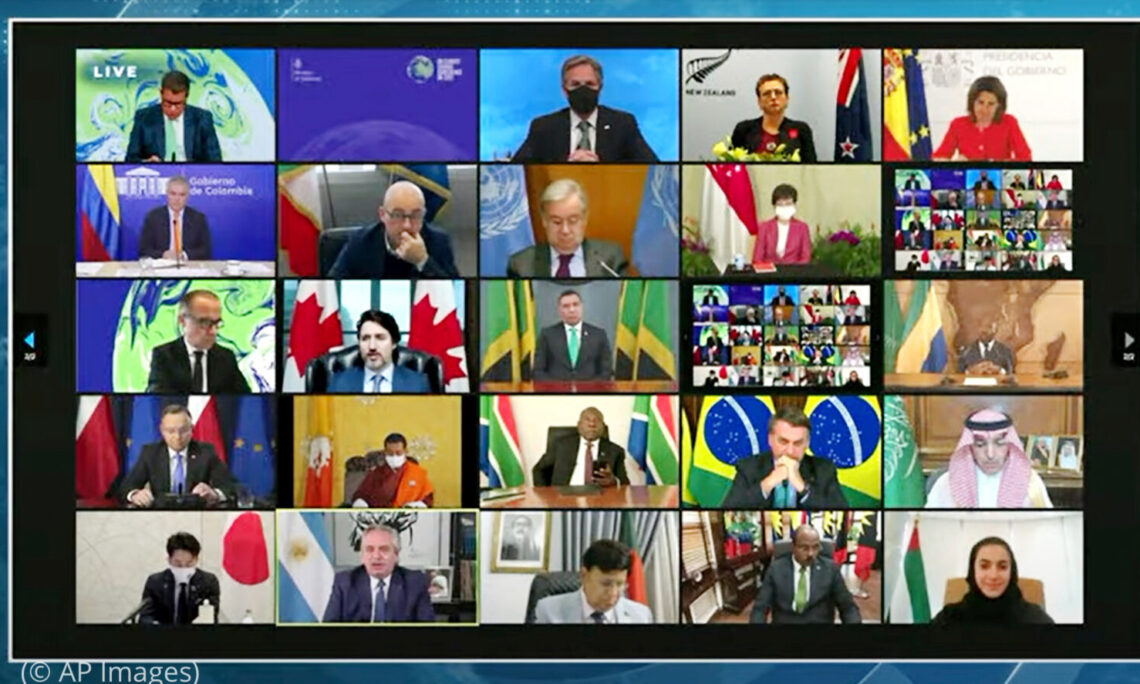 In this image from video world leaders participate in the White House Climate Leaders Summit via Zoom Thursday, April 22, 2021.

“We made great progress,” Biden said on April 23, the second day of the summit. “I’m grateful to all the leaders who have announced new commitments to help us meet the existential threat of climate change.”

Leaders from around the world committed to reducing carbon emissions and transitioning to clean energy at President Biden’s virtual Leaders Summit on Climate.

“We made great progress,” Biden said on April 23, the second day of the summit. “I’m grateful to all the leaders who have announced new commitments to help us meet the existential threat of climate change.”

On the first day of the Leaders Summit on Climate, representatives from the private sector announced large financial commitments. Six banks committed to investing in climate-related efforts, promising a total of $4.16 trillion over the next 10 years toward green initiatives.

In the public sector, world leaders made a variety of commitments for their countries, including the following:

With commitments from the EU, U.K., Japan, Canada and the United States, nations accounting for more than half of the world’s economy have committed to the pace of reductions required to cap the Earth’s warming at 1.5 degree Celsius, said a State Department spokesperson.

“That’s pretty impressive,” Special Presidential Envoy for Climate John Kerry said of the commitments during his closing remarks on the first day of the summit. “But 50 percent doesn’t do it for the rest of the planet or any of us. We have to get every nation involved in this challenge.”

Ahead of the 2021 United Nations Climate Change Conference in Glasgow, the focus should be on the 20 most developed countries, which account for 81% of all global emissions, Kerry said.

“The amount of action and new commitments that we heard yesterday was frankly inspiring,” Kerry said on April 23 at the start of the summit’s second day. “I think it’s fair to say there is a new beginning.”

Related from the Climate Summit