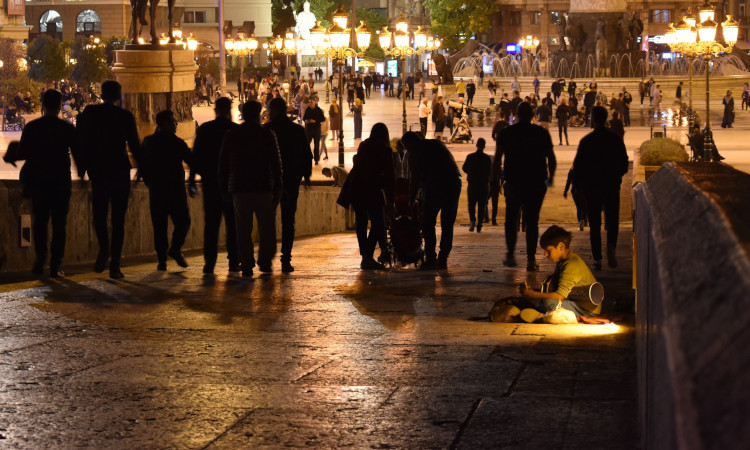 In North Macedonia, a boy begs for coins at a busy city center. Forced child begging is a prevalent form of forced child labor. Traffickers force thousands of children worldwide to beg every year. (Photograph by Atsuki Takahashi)

Trafficking in persons is a serious crime and a grave violation of human rights. Every year, thousands of men, women and children fall into the hands of traffickers, in their own countries and abroad. Almost every country in the world is affected by trafficking, whether as a country of origin, transit or destination for victims.

World Day against Trafficking in Persons was proclaimed by the United Nations General Assembly, in its resolution A/RES/68/192 titled “Improving the coordination efforts against trafficking in persons“.  The day is celebrated annually on July 30th.

The U.S. State Department’s Office to Monitor and Combat Trafficking in Persons leads the Department’s global efforts to combat modern slavery through the prosecution of traffickers, the protection of victims, and the prevention of human trafficking.