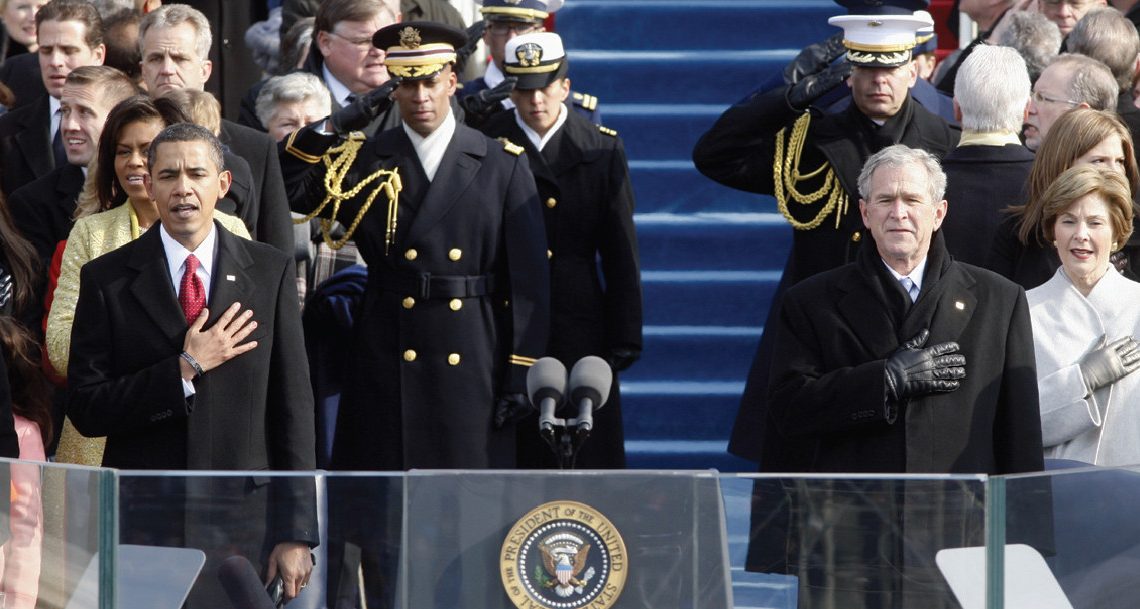 After losing the 1960 U.S. presidential election by the thinnest of margins, Vice President Richard Nixon declined to challenge the results. Instead, he performed his constitutional duty as president of the Senate in reporting to that body the election of his opponent, Senator John F. Kennedy.

“This is the first time in 100 years that a candidate for the presidency announced the result of an election in which he was defeated and announced the victory of his opponent,” Nixon said. “I do not think we could have a more striking example of the stability of our constitutional system and of the proud tradition of the American people of developing, respecting and honoring institutions of self-government.

“In our campaigns, no matter how hard fought they may be, no matter how close the election may turn out to be,” he said, “those who lose accept the verdict and support those who win.”

U.S. elections are fought hard. Yet citizens expect that elections will be fair and the results respected, with a peaceful transition of power from one leader to the next. That is so not only for the presidency, but also for elections to Congress, for state governors and legislatures, and for local elections.

Citizens accept disappointing election results when they understand that the laws are being enforced fairly and that their views may prevail in a subsequent contest. Election results are accepted when citizens view their government as legitimate, because it obeys the rule of law.

Transitions challenge any political system. In healthy democracies, fair elections and peaceful transitions demonstrate that today’s losers might be tomorrow’s winners. Winners and their supporters must remain responsive to the opinions of their rivals, keeping an eye on the next election cycle.

Losers and their advocates can focus on present and future possibilities, rather than past resentments. Confident that the rules can work for them next time, they more easily accept the existing political order and do not resort to violence.

In a healthy democracy, officeholders who lose elections relinquish power gracefully and peacefully. By doing so, they can emerge with their dignity intact and through their example strengthen their nation’s democratic traditions. Likewise, by reaching out to and showing respect for their political opponents, winning candidates help bridge differences and minimize the potential for conflict that can undermine democracy.

During the roughly 75-day period between election and inauguration of a new U.S. president, the outgoing administration briefs its successor on important national security, foreign affairs and other matters. This empowers the new president to make informed decisions as soon as he or she takes office. It also helps the president-elect make personnel decisions about top-level officials. A new president fills about 7,000 executive branch positions; the 1,200 most important ones — including the secretaries of state and defense — require Senate confirmation.

The transition process begins with the defeated candidate’s concession speech. These remarks play a crucial role: the defeated candidate accepts the legitimacy of the election results, even as he renews his party’s commitment to future victory. Delivered with a minimum of preparation by a strong personality at a time of great emotional stress, a concession speech reinforces the nation’s commitment to social stability and legitimate political authority.

Soon afterward the victorious candidate delivers a speech acknowledging his opponent’s graciousness. His response signals that supporters of all candidates remain a valued part of the national polity. Each election, no matter how bitterly contested, thus ends with an expression of national unity.

Democracies tend to be stable because election losers know that no victory is permanent, that winners cannot change the rules of future contests, and that losers can compete and win another day. Among those competitors was Richard M. Nixon, elected in 1968 as the 37th president of the United States.