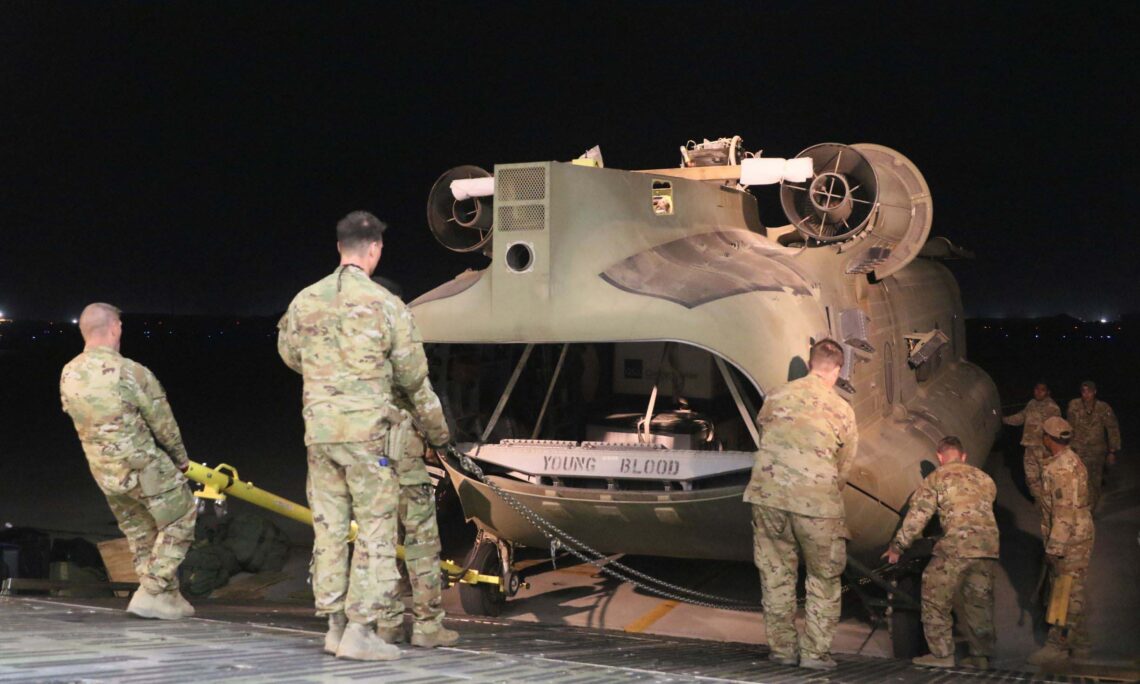 Following the safe and orderly drawdown of forces and equipment from Afghanistan by the end of August, the Defense Department plans to maintain robust over-the-horizon capability if needed, the Pentagon press secretary said.

John F. Kirby held a press briefing today, discussing Afghanistan support and assistance to the Department of Homeland Security at the Southwest border, as well as other topics.
As for the over-the-horizon capability, Kirby said DOD is in active discussions with the State Department regarding the nature of what that capability will be. He mentioned that there’s a carrier strike group in the region and facilities throughout the Middle East that could be useful if needed.

“Our commitment to the future of a stable and secure Afghanistan has not changed. It’s just going to look different. We’re just not going to be on the ground the way we are now,” he said.

There are still contractors in Afghanistan providing support to their security forces and air force, he said. “We are actively working [on ways] in which that contract support can be done remotely or virtually or even physically outside the country.”

There was coordination with Afghan leaders, both in government as well as in the Afghan security forces, about the eventual turnover of Bagram Airfield, the seventh and final base that the U.S. turned over to Afghan National Security Forces, he noted.

Today, U.S. Central Command provided a press release on the withdrawal of U.S. forces from Afghanistan.
As of July 5, DOD has retrograded the equivalent of approximately 984 C-17 aircraft- loads of material out of Afghanistan and has turned over nearly 17,074 pieces of equipment to the Defense Logistics Agency for disposition, the release stated, noting that 90% of the entire withdrawal process has been completed.

In other news, Kirby said Secretary of Defense Lloyd J. Austin III has approved a request from the Department of Homeland Security to extend DOD support to Customs and Border Protection on the Southwest U.S. border with Mexico into fiscal year 2022.

The department will provide up to 3,000 personnel to support DHS through the end of September 2022. The majority of these will be federalized National Guard personnel under the command and control of the U.S. Northern Command.