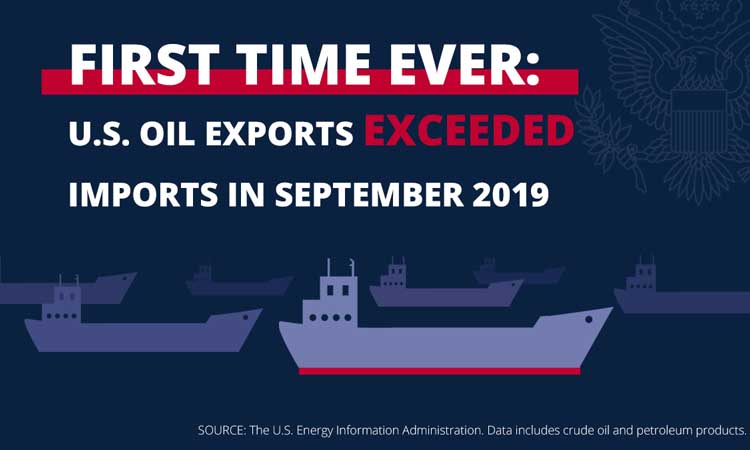 In the 1970s, Americans faced long lines at gasoline pumps. Today, the U.S. is a net oil and petroleum exporter. How did this happen? Two words: technology and innovation.

Modern technology means more oil and gas can be extracted from the same wells. It’s called hydraulic fracturing, or fracking. Frackers pump water and chemicals down deep wells to fracture rocks and tap resources that had been thought irretrievable.

In September, U.S. petroleum exports exceeded imports for the first time since the U.S. government started tracking that data in 1973, the U.S. Energy Information Administration reported. The data is of combined exports of crude oil and other petroleum products.

In 2018, American ingenuity propelled the U.S. past both Russia and Saudi Arabia to become the world’s leading crude oil producer. In 2017, the U.S. became a net exporter of natural gas for the first time in 60 years.

“America will be a faithful and dependable partner in the export and sale of our high-quality and low-cost energy resources and technologies,” President Trump said that year.