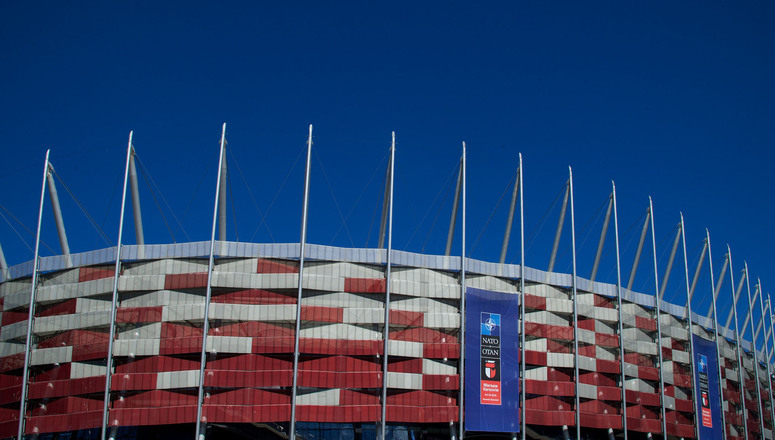 Preparing for the NATO Summit in Warsaw, July 2016

09 July 2016 Landmark NATO Summit in Warsaw draws to a close  NATO’s Summit in Warsaw concluded on Saturday (9 July 2016), following two days of decisions to strengthen the Alliance’s deterrence and defence, and plans to project stability in the wider neighbourhood.  [Leaders] decided to strengthen the Alliance’s military presence in the east, with four battalions in Poland, Estonia, Latvia, and Lithuania on a rotational basis – to be in place starting next year. They also agreed to develop a tailored forward presence in the south-eastern part of the Alliance. Allies also declared Initial Operational Capability of NATO’s Ballistic Missile Defence, pledged to strengthen their own cyber defences, and recognised cyberspace as a new operational domain.

09 July 2016  NATO steps up efforts to project stability and strengthen partners  NATO leaders agreed a set of decisions to project stability beyond the Alliance’s borders, including starting a new training and capacity building effort in Iraq and the use of AWACS surveillance aircraft to support the Global Coalition to Counter ISIL.

“To the south we see failed and failing states. And millions left homeless and hopeless by terrorist groups like ISIL.” NATO Secretary General Stoltenberg told a news conference on day two of the NATO Summit. “This instability has a direct impact on our societies. The scale of the challenge demands that we take action”.

12 July 2016  Carter Offers Details on Troop Deployment, Iraq Campaign   Defense Secretary Ash Carter and one of his senior commanders offered some details about the role of the 560 additional U.S. troops the Defense Department announced yesterday will deploy to Iraq to support Iraqi forces combating the Islamic State of Iraq and the Levant.

MacFarland told reporters the troops will serve a support role, “to help expand the base at Qayyarah West airfield into a node that can support the Iraqi security forces as they move forward with the Mosul operation.” He added that some of the troops will help provide “a security envelope” for the force.

Carter noted the airfield is one of two objectives — the other being the town of Makhmur in Erbil province — “that we set some months ago as places from which the Iraqi security forces would position themselves for the southernmost envelopment of Mosul.”

He added, “The whole idea is to envelop Mosul from the north and the south, and then collapse ISIL’s control over it, as has been done in other cities — Hit, Rutbah, Fallujah, Ramadi, and so forth.”

Tuesday’s ruling by the Hague-based Permanent Court of Arbitration answers a complaint brought by the Philippines in 2013 that accused Beijing of violating the U.N. Convention on the Law of the Sea (UNCLOS) with its aggressive actions on the Scarborough Shoal, a reef located about 225 kilometers off the Philippine coast.

Cui also accused the tribunal of “professional incompetence,” saying it was dealing with a sovereignty dispute, which is beyond its jurisdiction.

13 July 2016  For Some South Koreans, THAAD Deterrence Not Worth Risk   Washington and Seoul are moving forward with plans to locate the controversial U.S. THAAD (Terminal High Altitude Area Defense) missile defense system on the Korean peninsula, amid growing protests and debate over whether the value of this added deterrence is worth the risk of alienating China and further provoking North Korea.

Speculation that THAAD would likely be located in this region had already sparked protests from groups concerned that the military installation may put their communities in danger.

North Korea’s military on Monday threatened to launch a retaliatory strike against the THAAD deployment by turning the South “into a sea of fire and a pile of ashes.”