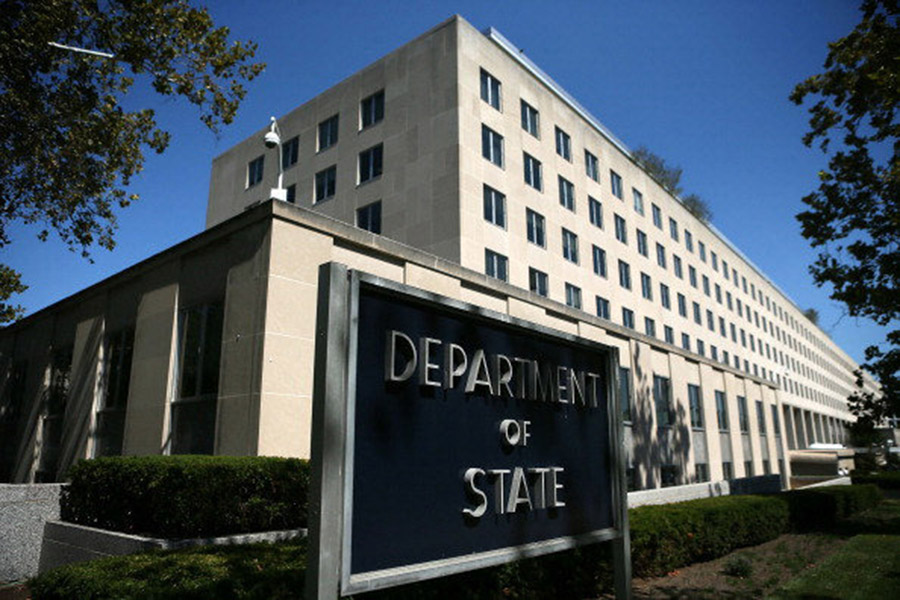 Sporting Greats of Past Olympics

02 August 2016 U.S. Olympic standouts: A look back in photos    As the 2016 Summer Olympics in Rio de Janeiro bring us new heroes from around the world, we’re taking time to remember sixteen American athletes who broke records in their sports and barriers in society from earlier Olympics.

SLeft: Olympian Mal Whitfield repeated his Olympic gold performance in the 800-meter track at the 1952 games. As a Tuskegee Airman, he had won gold in 1948 in the same event while on active military duty.

The first Secretary of State, Thomas Jefferson (1790-1793), oversaw a small staff of one chief clerk, three other clerks, a translator, and a messenger and only maintained two diplomatic posts, in London and Paris, as well as 10 consular posts.

Sheremet was killed on July 20 when the car he was driving was destroyed by a bomb in downtown Kyiv, Ukraine. Kirby said the U.S. supports the government of Ukraine as it conducts a full and impartial investigation into the murder.

“Mr. Sheremet’s killing must not be tolerated in a free and democratic society,” Kirby said.

02 August 2016  North Korea Launches Missile into Ocean (IVOA News)  South Korean military officials say North Korea has fired a ballistic missile into the ocean off its eastern coast, the latest in a series of missile tests.    The U.S. military said it detected two simultaneous missile launches, one was successful and the other exploded immediately after launch.

Officials say the missile, believed to be a medium-range Rodong missile, was fired just before 8 a.m. Wednesday from Unyul in the country’s western Hwanghae province and flew about 1,000 kilometers before landing in or close to Japanese waters.

A statement from the Joint Chiefs of Staff said the missile launch signaled the North’s “ambition to attack neighboring countries.”

The United States immediately responded to the test Wednesday, warning the North Koreans that it is ready to defend itself and its allies from any provocation.

Anti-ISIL Efforts in Libya and Iraq

02 August 2016  U.S. Strikes Accelerate Gains Against ISIL in Libya   U.S. precision airstrikes on Islamic State of Iraq and the Levant targets in Sirte, Libya, that began yesterday at the request of the Libyan Government of National Accord have allowed GNA-affiliated forces to accelerate the fight to expel ISIL from the Libyan city.

Yesterday’s airstrike on the first tank in the southwestern Sirte neighborhood of al-Dular removed what was a menacing problem for GNA forces, said Navy Captain Jeff Davis.

The ISIL tank was hidden in a group of trees and close to buildings where civilians could have been, he noted, “ISIL had used it repeatedly to beat back GNA forces, against civilians,” he said, “and it represented a challenge and a problem for [GNA fighters] to be able to get into the city.”

Since the airstrike that took out the first tank yesterday, GNA forces have moved into the neighborhood in their mission to drive out ISIL fighters, Davis said.

02 August 2016  Iraqi Military Demonstrates New Skills in Mosul Campaign  Military personnel unfortunately are all too familiar with the IED – improvised explosive device – and the VBIED – vehicle-borne IED. But not too many service members are familiar with the TreeBIED or the FridgeBIED.

Iraqi army forces had to deal with tree-borne and refrigerator-borne IEDs during recent operations to build and defend a bridge over the Tigris River. It is a sign of the growing capabilities of Iraqi security forces that they took it in stride.

The Qayyarah bridge is the only span across the Tigris between Mosul and Baghdad. A civilian bridge once spanned the river, but the Islamic State of Iraq and the Levant had been using it, so coalition aircraft had to destroy it.

The military bridge gives Iraqi troops mobility, allowing reinforcements and materials to cross easily. It also helps to isolate ISIL fighters. Building it is a key accomplishment in the campaign to retake Mosul from ISIL control, officials in Baghdad said. While American combat engineers observed the operation, they had no role in building the span, officials noted.