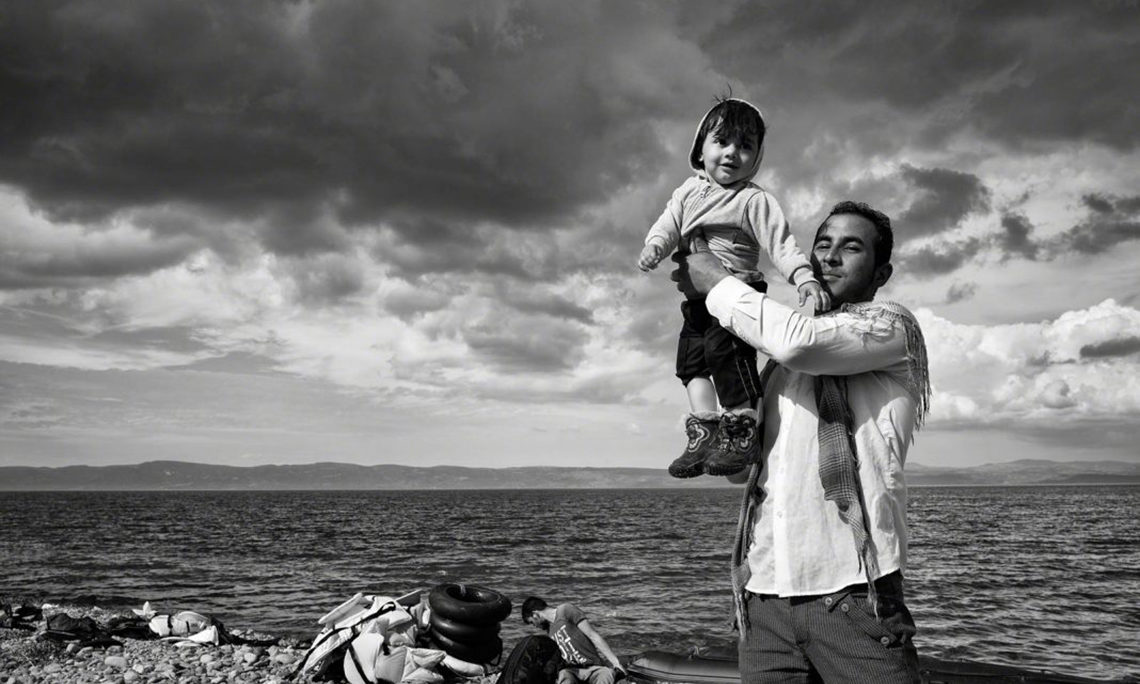 Refugee: Faces of the displaced

20 June 2016 These celebrities and leaders stand #WithRefugees. Will you join them? What do actors Benedict Cumberbatch and Scarlett Johannson, Archbishop Desmond Tutu and supermodel and former refugee Alek Wek have in common?

They all are taking part in a U.N. video to show their solidarity to help the estimated 60 million people who currently are refugees, internally displaced or seeking asylum.

Joining them are workers with the U.N. Refugee Agency (UNHCR) and religious leaders who have signed a petition to gather public support to help refugees. The petition will be delivered at the United Nations High-Level Plenary of the General Assembly on Addressing Large Movements of Refugees and Migrants in September.
Refugee: Faces of the displaced World Refugee Day, June 20, is a day to honor the nearly 60 million people displaced from their countries by violence and persecution.

17 June 2016 Advancing gay rights:“The heart and conscience of our diplomacy” — that is what Secretary of State John Kerry calls promoting the rights of lesbian, gay, bisexual, transgender and intersex (LGBTI) people.

But that heart was wounded in April when two gay rights activists were hacked to death in the Bangladesh capital, Dhaka.

The victims were U.S. Agency for International Development employee Xulhaz Mannan and his friend, Tanay Mojumdar. Mannan was editor of Bangladesh’s first and only gay rights magazine.

Kerry called the murders “barbaric,” saying Mannan was an “advocate for human rights and dignity.”

To end such crimes and discrimination against LGBTI people, the U.S. Department of State established a Global Equality Fund in 2011.

18 June 2016  DoD Officials Express Strong Concerns Over Russian Airstrikes in Syria  Defense Department officials today expressed concerns during a video conference with Russian Defense Ministry counterparts held to discuss June 16 airstrikes by Russian forces that struck Syrian opposition forces conducting counter-Islamic State of Iraq and the Levant operations in the area, Pentagon Press Secretary Peter Cook said.
The conference was co-chaired by Elissa Slotkin, acting assistant secretary of defense for international security affairs, and Marine Corps Lt. Gen. Kenneth F. McKenzie Jr., director of strategic plans and policy on the Joint Staff, Cook said in a statement summarizing the discussion.
“This extraordinary session was convened under the auspices of the Safety of Flight Memorandum of Understanding, an arrangement between the counter-ISIL coalition and Russian Federation to maintain safety in the air space over Syria,” Cook said.

18 June 2016Transnational Threats Need Transnational Solutions, Dunford Says at U.N. Transnational threats require transnational solutions, and the United Nations Peacekeeping Force is a key component of preserving stability, the chairman of the Joint Chiefs of Staff said at the U.N. in New York yesterday. Marine Corps Gen. Joe Dunford told the U.N. Meeting on Peacekeeping that the current security environment is the most complex and volatile since World War II.

“The challenges we face range from conventional conflict to the proliferation of weapons of mass destruction, from violent extremism to transregional crime, and the character of war has changed,” he said.

16 June 2016 Chairman’s Summary Global Initiative to Combat Nuclear Terrorism (GICNT) 10th Anniversary Meeting   On June 15-16, 2016, the GICNT commemorated its tenth anniversary, demonstrating its durability as an institution committed to strengthening global capacity to prevent, detect, and respond to nuclear terrorism. GICNT partners gathered in The Hague to reaffirm their commitment to its Statement of Principles and its founding mission to conduct multilateral activities that improve partner nations’ plans, policies, procedures and the capacities of partner nations to work together to defeat the shared threat of nuclear terrorism.

Under the leadership of Russia and the United States, the Global Initiative to Combat Nuclear Terrorism (GICNT) was launched in 2006 and has since grown to include 86 partner nations and five official observer organizations, held over 80 multilateral activities, produced seven important foundational guidelines documents and developed a body of best practices that have all served to uplift national capacities to prevent, detect and respond to nuclear terrorism.