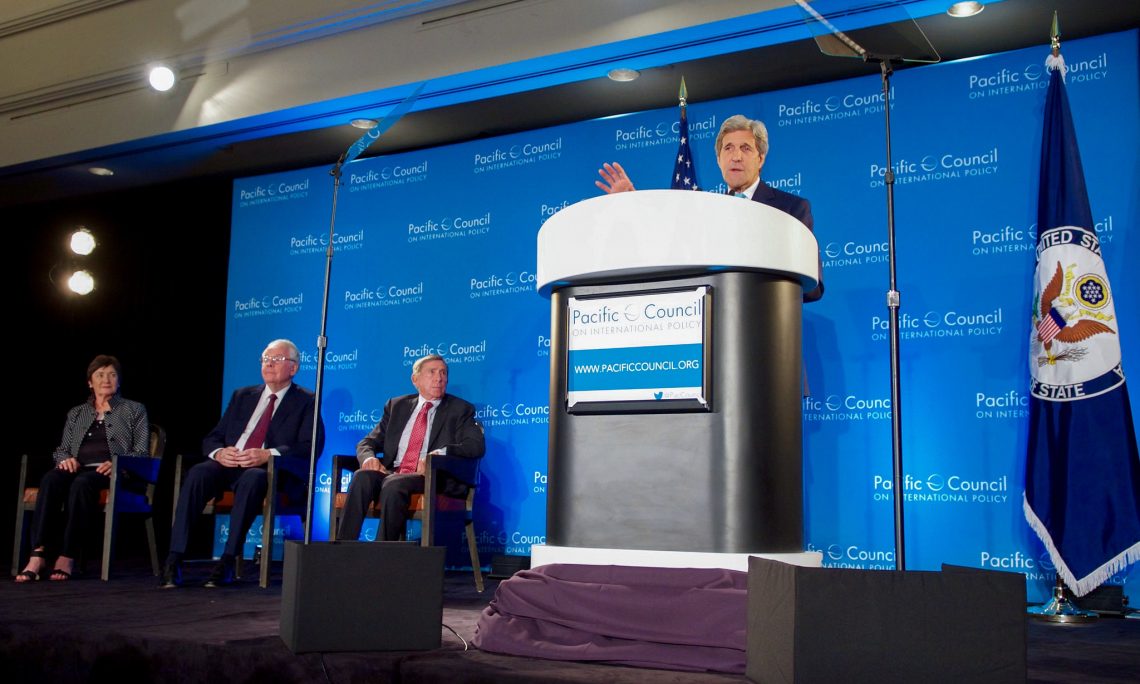 “Well, we’ll obviously have more to say about this later in the week as we get closer to the trip.  I can tell you that the President strongly values the special relationship between the United States and the United Kingdom.  We partner on so many issues it would be difficult to enumerate all of them here at the end of the briefing.  But I can tell you that President Obama has found Prime Minister Cameron to be an effective advocate for his country, but also an effective interlocutor for advancing the joint interests of our countries.

So I’m confident that there will be a discussion about our counter-ISIL campaign.  Obviously, the UK is making important contributions, including military contributions, to our effort to degrade and ultimately destroy ISIL.  The United States and the United Kingdom have worked effectively to try to enhance homeland security in our two countries.  We obviously work seamlessly to share intelligence information in a way that enhances our nation’s national security.

I would expect that the President will talk about the global economy.  Obviously, the United Kingdom has a large economy that has significant influence on the global economy, and our efforts to strengthen our economic ties benefit the citizens in both of our countries.

But, look, there are also important cultural ties.  And the President will have an opportunity to talk about that.  And I know the President is very much looking forward to his visit.  The President has been to the U.K. three or four times now, and I know he’s enjoyed each visit.  This will be his second visit to London, I believe, and he’s hoping that it won’t be consumed just with work, that he might get to have a little fun while he’s there, too.  But we’ll have more details on his schedule later this week.”

13 April 2016 Secretary Kerry’s Remarks At the Pacific Council on International Policy    “To promote prosperity here in the United States and to advance the broader interests around the globe, we are pursuing economic policies that reflect the dynamic nature of the era in which we live. And one of the central pillars of our leadership is to negotiate and adopt 21st century agreements like the Trans-Pacific Partnership, or TPP; and the Transatlantic Trade and Investment Partnership, known as TTIP.
….
Now, we all know that the United States and the European have long boasted a broad and mutually beneficial economic partnership. Together, we account for roughly half of the world’s GDP, and about one-third of global trade. And every day, $3 billion in goods and services crosses the Atlantic, all of which supports jobs and growth in both of our economies.

But as times change, our relationship has to adapt to new challenges and to new opportunities. TTIP will do this by implementing commonsense reforms to remove tariffs, eliminate red tape for goods that crosses borders, and promote services enabled by the internet – all the while upholding consumer, environmental, and labor protections consistent with our shared values. And contrary to some of the mythology that gets out there – and I will be going to Europe to speak about this in the days ahead – nothing in TTIP lowers standards or voids regulations. It raises standards. It adheres to people’s previous regulation. And it, in fact, improves life and opens job opportunities on both sides of the Atlantic.

But even as we seek to complete TTIP and strengthen our bonds across one ocean, we know that our future prosperity and security will also rest on America’s role as a Pacific power. Central to that effort is the adoption of TPP, which we and 11 other countries concluded last October and signed in February.”

13 April 2016 Washington, D..: The Mall, planes and pandas  Americans don’t always see eye to eye on politics, but everyone agrees on one thing: Washington, District of Columbia (D.C.), the nation’s capital, is a great place to visit.

Visitors tour the White House and the U.S. Capitol and flock to the Smithsonian Institution museums, the National Gallery of Art, the Vietnam Veterans Memorial, the U.S. Holocaust Memorial Museum and more.

They shop and relax in upscale Georgetown and pulsating Adams Morgan and dine in neighborhoods offering authentic cuisine from Latin America, China, India, Ethiopia and elsewhere.

And that is why we are back today.  The question, the challenge, the goal we are discussing here is nothing short of a safer, more secure world for every single citizen of the world, so it is a small subject.  Nearly seven years ago to the day, President Obama stood in Prague and outlined a vision for the reduction of nuclear dangers through U.S. leadership.

The horrific terrorist attacks that unfolded so recently in Brussels, in Ankara, in Lahore underscore the single greatest national security threat facing civilization: the grave risk of nuclear terrorism. That is something we spent a lot of time discussing at the nuclear summit in Washington.

These recent tragedies, as barbaric and indiscriminate as they were, would pale in comparison to a scenario where Daesh succeeds in actually acquiring a radiological source or fissile material—or, God forbid, a nuclear weapon.

This is just the peril that the President and this administration are working relentlessly to thwart. So we had a Nuclear Security Summit—50 countries and nearly 40 Heads of State to Washington—working on, thinking about, trying to act on this problem.

The fourth since 2010, this Summit has mobilized the world behind the idea that all countries have a role to play in the hard security issues of our day.”

At the Boeing Co.’s facility in Renton, Washington, where it manufactures all of its 737 commercial aircraft, Work met with Boeing leaders before touring the company’s facilities.

The P-8A, now in full production in Renton, has capabilities that include long-range anti-submarine warfare, anti-surface warfare, maritime patrol, intelligence, surveillance and reconnaissance, and search and rescue.