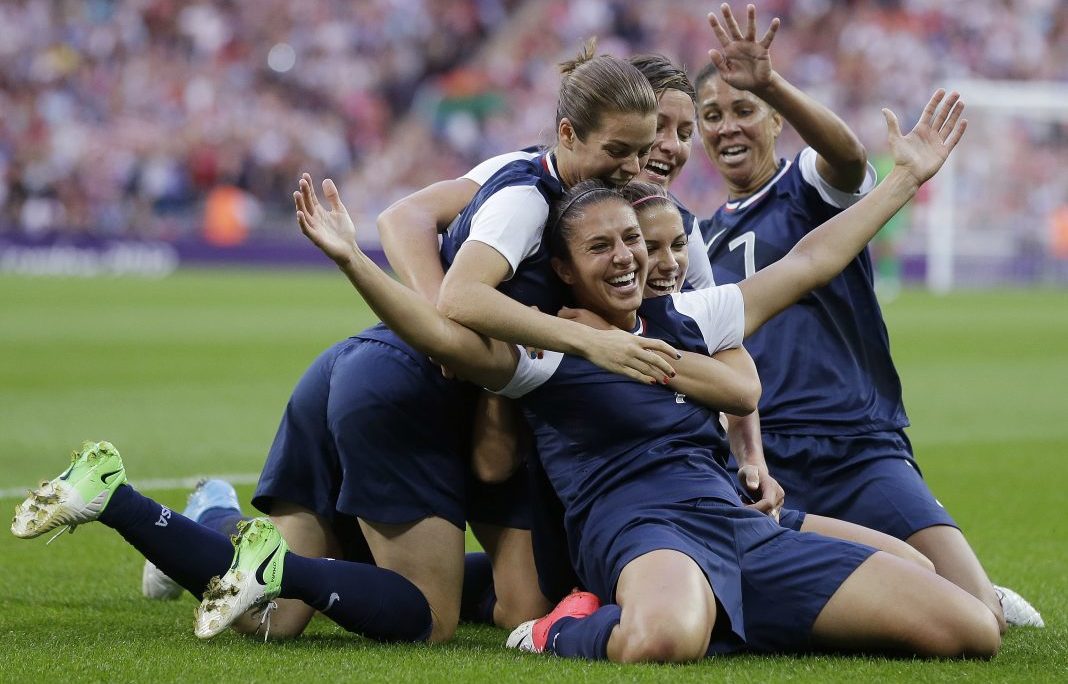 U.S. Women at the Olympics

10 August 2016 U.S. women a major force at the Olympics For the second straight Olympics, women athletes outnumber men on the U.S. Olympic team, 292 to 262.

In fact, the 2016 Team USA has the most women competing for any nation in a single Olympic Games.

A tradition of top women athletes can be traced back in part to a groundbreaking piece of U.S. civil rights legislation that leveled the playing field for women in sports. In 1972, Congress passed a law known as Title IX. This law requires schools that receive federal funding to provide both sexes with equal opportunities to participate in sports, and equal access to coaches, facilities and other resources.

It sparked a revolution of women in sports. When Title IX was passed, only about one in 27 girls in the United States participated in sports in secondary school. Now, one in three are on a team of some sort.

09 August 2016 ‘Blue energy’ could be another way to go green   A simple way to produce a lot of energy could be found anywhere a river meets the sea.  Researchers call it “blue energy,” and it could be the next frontier in clean-energy technology.

Osmosis occurs when salty water hits freshwater across a permeable membrane. Salt ions (molecules with an electrical charge) will pass through the membrane until the amount of salt is equal on both sides.

“Making use of the osmotic pressure difference between freshwater and seawater is an attractive, renewable and clean way to generate power,” explain researchers at École Polytechnique Fédérale de Lausanne (EPFL) in Lausanne, Switzerland, who collaborated with researchers at the University of Illinois.

08 August 2016 Sentencing of Lawyers and Rights Activists in China Last week, a Chinese court convicted prominent human rights attorney Zhou Shifeng, director of the Fengrui law firm, and activists Hu Shigen, Zhai Yanmin, and Gou Hongguo of the apparently politically motivated charge of “subversion of state power.” More than a dozen other attorneys and activists detained on and around July 9, 2015, including Li Heping, remain in pretrial detention without access to their families or to legal counsel of their own choosing.

This campaign undermines China’s development of a judicial system that respects the rule of law. We urge Chinese authorities to release the lawyers and rights defenders who are imprisoned or in detention, including those already sentenced. We call for an immediate end to the cases brought against them and to restrictions on their freedom of movement and professional activities.

“There’s a preoccupation with trying to predict the future,” Perkins said. He challenged the attendees to describe the future — not predict it.

The Army has no lack of innovative thinking, he said, but because of bureaucracy and an all-or-nothing mentality, it’s often difficult to follow through with those ideas. In business, many companies with innovative ideas have gone bankrupt, the general said, because they couldn’t bring those ideas to market.

A different way of approaching the future, he said, would be to ask the question, “What puts the U.S. Army at an advantage?”

09 August 2016 Libya Getting More US Help in Fight Against Islamic State  Increased U.S. airstrikes in Libya could be the start of an effort to smother the Islamic State terror group as it tries to cling to a key North African stronghold.
U.S. Africa Command announced eight new strikes Tuesday against IS positions in Sirte, a key coastal city that has served as a base for the terror group’s operations.