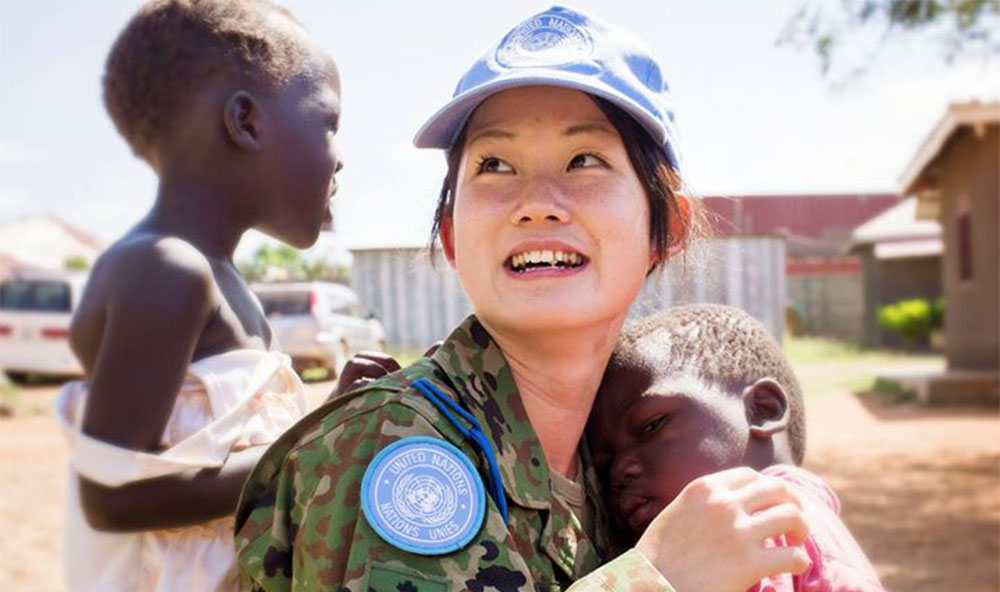 28 May 2016 President Obama’s Weekly Address: Remembering Our Fallen Heroes In this week’s address, President Obama solemnly reflected on the meaning of Memorial Day and recognized the sacrifices made by the American warriors who never made it back home. Though the President stressed that citizens should thank active-duty troops and veterans every day of the year, he emphasized that Memorial Day is reserved for remembering the unselfish men and women who gave their lives in defense of the nation. In addition to reflecting on the unpayable debt owed to fallen servicemembers, Americans should also make an effort to offer support to the families of their countrymen who gave everything. Whether it’s hiring a veteran, reaching out to a grieving family member, or simply pausing for a moment of silent thanks, the President wants the country to join him in an act of remembrance during the Memorial weekend.

31 May 2016 Blue hats and helping hands around the world  United Nations peacekeeping is more critical than ever. It has proven to be one of the most effective tools to help countries emerging from conflict achieve a sustainable peace.

Recognizable in their blue helmets and berets, U.N. peacekeepers are called on not just to prevent conflict and protect civilians. They also support the organization of elections, assist in restoring the rule of law and serve on the front lines in the fight against violent extremists.

More than a million people have served as U.N. peacekeepers since 1948. Today, 125,000 uniformed and civilian personnel from nearly every country are working together for peace.

30 May 2016 ‘We Lived Like Animals’ Under IS Rule in Fallujah   Families escaping the fighting in the Iraqi city of Fallujah said Islamic State was forcing them out of their homes and moving them from house to house in the crossfire.
Iraqi forces, backed by coalition airstrikes and Shi’ite militias, have ringed most of Fallujah. Counterterrorism units were said to have entered the city on Monday.

Jabar Muhammad Odaa, who ran away from the city six months ago when it was under siege, said that under Islamic State rule, Fallujah had become one big prison.
“They would not let anyone leave,” he told VOA in a phone interview from the al-Iraq camp. “We lived like animals.”

30 May 2016 North Korea Missile Launch Tuesday Likely Failed   North Korea’s missile launch Tuesday appears to have failed, according to South Korean officials.  “The attempted missile launch… is believed to have failed,” a spokesman for the South’s defense ministry said. “We are analyzing and closely monitoring the situation and maintaining a watertight defense posture.”

Officials did not specify the missile type but reports say it is likely to be a intermediate-range Musudan missile, similar to one the North unsuccessfully tried to test launch three times in April.

The missile reportedly has a range of 3,000-4,000 kilometers which, if fired successfully, could reach targets in Japan, China and Guam.

30 May 2016 Conviction of Hissene Habre for War Crimes, Crimes Against Humanity, and Torture   The United States welcomes the Extraordinary African Chambers’ issuance of the judgment finding former Chadian President Hissene Habre guilty of war crimes and crimes against humanity, including charges of murder, torture, rape, and sexual slavery, and sentencing him to life in prison. This ruling is a landmark in the global fight against impunity for atrocities, including war crimes and crimes against humanity.