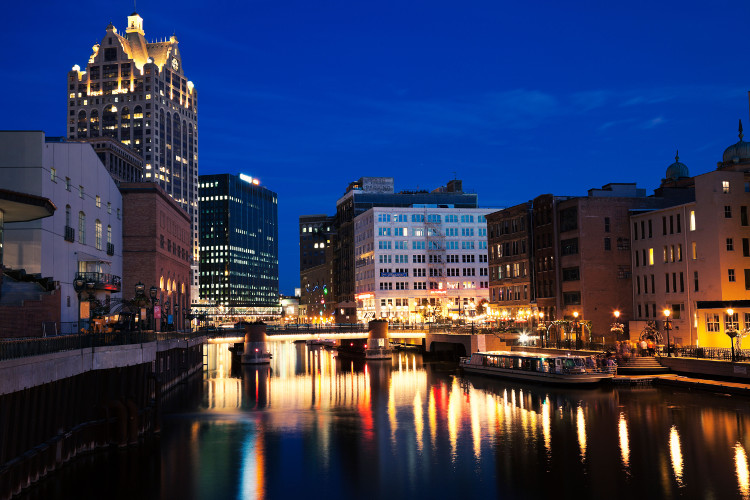 Wisconsin, a Midwestern state in the Great Lakes region, has a diverse landscape of forests, farms and lakefront beaches, with lots of outdoor recreation.

Wisconsin, a Midwestern state in the Great Lakes region, has a diverse landscape of forests, farms and lakefront beaches. Outdoor recreation is popular here, from fishing and boating in the summer to skiing and snowshoeing in the winter.

Architect Frank Lloyd Wright (1867–1959), a Wisconsin native, became world-famous for designing “organic” buildings that harmonize with their environment. One of Wright’s most spectacular designs was his home, Taliesin East, in Spring Green. Guided guided tours of the residence and surrounding buildings are available.

UN International Day for Mine Awareness

That’s why, thanks to strong bipartisan support in Congress, the United States has provided more than $2.5 billion in assistance in more than 90 countries for conventional weapons destruction programs since 1993. These funds provide the expertise and equipment to safely clear landmines and other unexploded ordnance, support programs which assist landmine accident survivors, and destroy excess weapons and ammunition preventing them from falling into the wrong hands.

The UN estimates thousands of improvised explosive devices (IEDs) have been left behind by Da’esh throughout the Ramadi.

Since 2003, the United States has invested more than $280 million under the U.S. Conventional Weapons Destruction program toward the clearance and safe disposal of landmines, unexploded ordnance, and excess conventional weapons and munitions in Iraq. This new initiative reaffirms our continued commitment to building a strong partnership with Iraq and the Iraqi people.

04 April 2016 Zanzibar’s Malaria Hunter   For millions of Tanzanians, a potentially deadly disease is just one bug bite away.   It is a threat that lurks in the shadows as the sun falls, flutters through holes in bednets at night and multiplies in puddles after a summer storm.   Throughout history, more people have died of malaria than of any other disease. Despite recent global advances, malaria still kills more than 1,000 children each day, most in sub-Saharan Africa.

Habiba Suleiman Sefu is fighting that danger, one case at a time.    She works as a malaria surveillance officer in Shakani village, in southwest Zanzibar.
Her job: to track, test and treat cases of the disease to stop its spread.

“In Shakani village, people fear malaria because they are infected so often,” Habiba says.

While malaria has always existed in Shakani village, Habiba is now armed with new tools to fight it: a mobile phone, a tablet, a motorbike and lots of drive.
Though they might not seem novel, these tools—supplied to her by the U.S. President’s Malaria Initiative—help her respond to the disease in record time and help authorities identify outbreaks.

USAID.gov has the full story in photo-enhanced form.

04 April 2016 Remarks by the President and Secretary General Stoltenberg of NATO after Bilateral Meeting  “We are marking the 67th anniversary of the NATO alliance, and NATO continues to be the lynchpin, the cornerstone of our collective defense and U.S. security policy.

We had an excellent meeting that started with marking the tragedy that had taken place in Brussels, and reinforcing the importance of us staying focused on ISIL and countering the terrorism that has seeped up into Europe and around the world.

And we agreed that one of the most important functions that NATO is performing and can continue to perform is to help in the training and assisting process for troops in Iraq, in Jordan, in many of the areas in the region.  And we are continuing to cooperate on an ongoing basis about operations potentially in areas like Libya, where you have the beginnings of a government and we can I think provide enormous help in helping to stabilize those countries.”

“We assess that al-Qaida’s senior leader, Abu Firas al-Suri, was in that meeting, and we are working to confirm his death,” Cook said.

In addition, Cook said, the Defense Department has confirmed that al-Shabab senior leader Hassan Ali Dhoore was killed in a March 31 U.S. military airstrike in Somalia. As one of the top leaders of al-Qaida’s Somalian affiliate, the press secretary said, Dhoore was a member of al-Shabaab’s security and intelligence wing and was heavily involved in high-profile attack planning in Mogadishu, Cook said.

04 April 2016 DoD’s Austin Reflects on Centcom’s Achievements During ‘Tumultuous Times’  U.S. Central Command has responsibility for American military interests in the most volatile area of the world: the Middle East and Central and South Asia.

Army General Lloyd J. Austin III — who took command of Centcom in 2013 — has had responsibility for the region during a particularly turbulent time.

On the eve of his retirement, Austin looked at the area and the way ahead for U.S. Central Command. Last week, Austin passed the U.S. Central Command flag to Army Gen. Joseph L. Votel during a ceremony at the command’s MacDill Air Force Base, Florida, headquarters.

That the region is important to America is undisputed. “[The region] holds over half of the world’s proven oil reserves and plentiful natural gas reserves,” Austin said in an interview. “There also are three strategic maritime choke points — the Strait of Hormuz, the Suez Canal and Bab el Mandeb Strait.”  If freedom of movement within these waterways is obstructed it can have a significant impact on the global economy, he added

Secretary of State John Kerry met this morning with EU High Representative and Vice President of the European Commission Federica Mogherini. Secretary Kerry expressed U.S. condolences on the Brussels airport and metro bombings. They discussed a range of foreign policy and bilateral issues, including our counter-terrorism cooperation, addressing Europe’s migration crisis, the conflicts in Ukraine, Syria, and Yemen, and supporting Libya’s Government of National Accord.