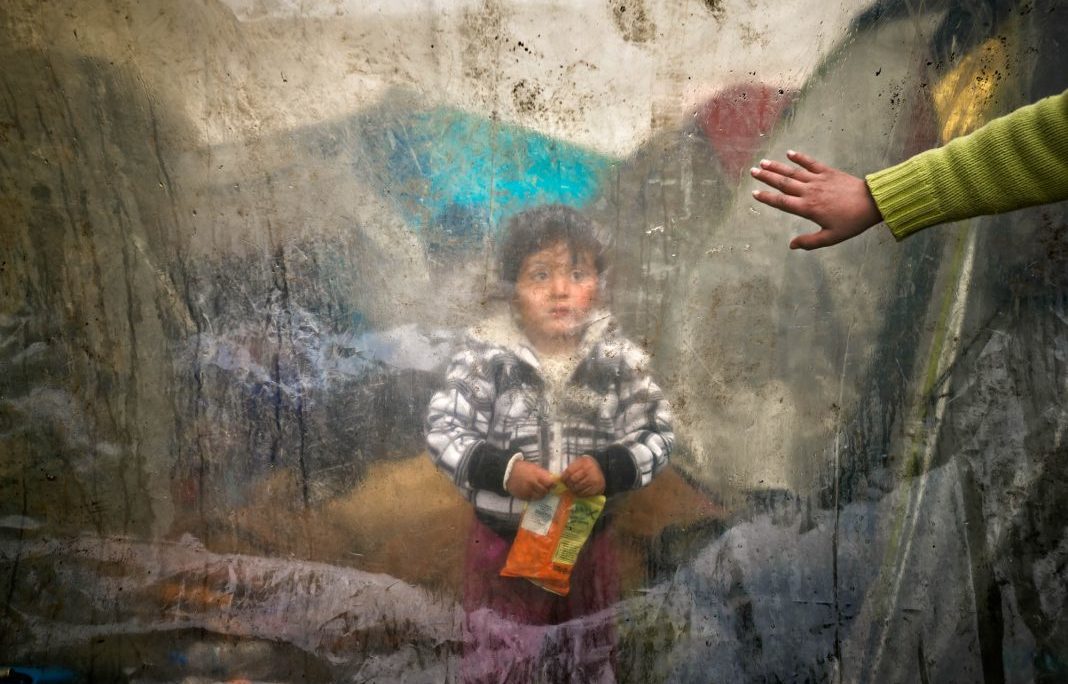 A child stands inside a tent covered by a plastic sheet as rain falls at a refugee camp in the Greek border town of Idomeni in March. (AP Images)

The sobering news of March 30 that the number of refugees fleeing the conflict in Syria has topped five million is a devastating reminder of the urgent need for continued humanitarian assistance from across the international community. Maintaining its steadfast commitment to getting lifesaving support to the people of Syria wherever they are, the United States announced that it is providing more than $566 million in additional assistance. The United States is pleased to have announced this support alongside contributions by other international humanitarian donors at the Supporting the Future of Syria and the Region conference in Brussels on April 5. This announcement, which brings U.S. humanitarian assistance to more than $6.5 billion since the start of the Syria crisis in 2012, reflects the continued generosity of the American people and demonstrates steadfast U.S. commitment to helping address the unprecedented magnitude of suffering and urgent humanitarian needs.

Through this support, the United States continues to provide emergency food assistance, shelter, safe drinking water, urgent medical care, humanitarian protection activities, and other urgent relief to the 13.5 million people suffering inside Syria, as well as the more than five million Syrian refugees from Syria in the region. The funding also helps mitigate the impact of the crisis on governments and communities throughout the region that are straining to cope as they continue to generously host refugees from Syria.

U.S. humanitarian assistance supports the operations of the United Nations, other international organizations, and non-governmental organizations operating across the region. Through these organizations, the United States is able to provide assistance in all 14 governorates of Syria,—ultimately saving lives and alleviating human suffering amid daily threats of violence and deprivation.

Our assistance supports critical humanitarian needs, including those addressed in the 2017 UN appeal of $8 billion for Syria and the region. Part of the new funding responds directly to the appeal, while the remainder provides humanitarian assistance for these affected populations through funding to other international and non-governmental organizations.

U.S. Humanitarian Assistance for the Syria Crisis, By Country

INSIDE SYRIA: More than $169 million
New total since the start of the crisis: Nearly $3.3 billion

The humanitarian crisis inside Syria continues to outpace the international response. As the largest single donor to the humanitarian response, U.S. humanitarian assistance provides critical, lifesaving support to millions of displaced people or those unable to meet their basic needs in affected areas of Syria, including through operations across international borders and conflict lines. The additional U.S. contribution continues to support emergency food assistance, including monthly household food parcels, ready-to-eat rations for newly displaced Syrians, flour to bakeries, and food vouchers. The contribution also supports emergency medical care, shelters for the displaced, and provision of safe drinking water to those affected by the crisis, including refugee populations inside Syria. It also provides critical relief supplies and much-needed counseling and protection programs to help the most vulnerable, including children, women, persons with disabilities, and the elderly.

LEBANON: More than $167 million
New total since the start of the crisis: Nearly $1.4 billion

JORDAN: More than $101 million
New total since the start of the crisis: More than $926 million

U.S. funding continues to support the 141,000 refugees from Syria living in camps, as well as the more than 500,000 non-camp refugees with cash assistance to meet basic needs such as rent, health care, food vouchers, and transportation. It supports maternal health; children in public schools and efforts to enroll additional students; and water and sanitation improvements that benefit refugees from Syria and Jordanians. In addition, U.S. funding supports refugee registration, information helplines, accessing work opportunities, and protection programs based in communities. U.S funding includes providing life-saving assistance for an estimated 50,000-60,000 Syrians stranded at the Jordanian border. This assistance also supports food vouchers for Syrian refugees.

TURKEY: Nearly $90 million
New total since the start of the crisis: Nearly $ 537 million

IRAQ: More than $23 million
New total since the start of the crisis: Nearly $279 million

The Kurdistan Regional Government hosts 97 percent of Syrian refugees in Iraq. U.S. funding supports the repair and upgrade of shelters, the expansion and rehabilitation of schools, and improvements to water and sanitation systems in refugee and host communities, in addition to the management and maintenance of camps. Funding also supports psychosocial care, nutrition programs, and otherwise helps refugees meet their food needs, including through livelihoods programming.

Our funding helps the 120,000 refugees from Syria meet their basic needs including food, healthcare and education; prevents and responds to sexual and gender-based violence and protects vulnerable children; and increases self-reliance and livelihood opportunities.

*Figures are rounded to the nearest million and may not add to total due to rounding.