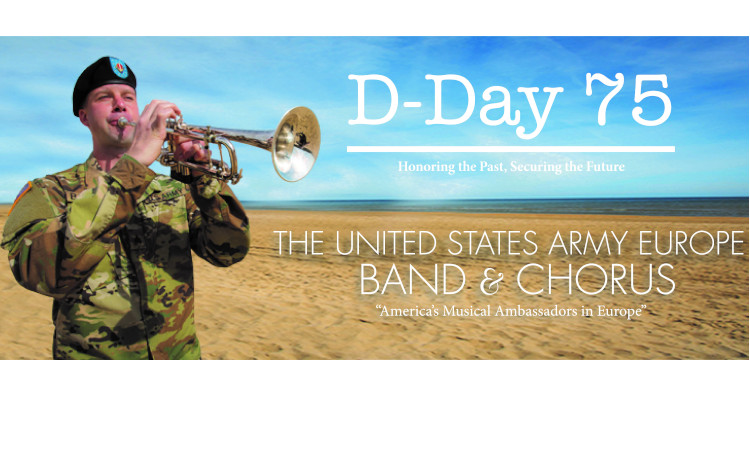 The United States Army Europe Band & Chorus is conducting two concerts commemorating Exercise Tiger the end of May, as a prelude to the D-Day75 commemorations.

Exercise Tiger was a large scale rehearsal on Slapton Sands in preparation for Operation Overlord in 1944 known as D-Day. During the exercise more than 749 American service members lives were lost, due to an attack by the German navy and friendly fire.

The Band and Chorus consisting of 50 musicians and vocalists will be performing on the following dates:

The Musical performance will include pieces from Gutstav Holst, Kenneth Alford, and Benny Goodman.

For 70 years, The United States Army Europe Band and Chorus has been America’s musical ambassador in Europe.  The Band’s 80 Soldiers perform 200 times a year throughout Europe, working to strengthen our relationships with allies and partners, supporting  service members and their families, and saluting the fallen.  Originally activated in 1940 and arriving in Europe in 1949, the unit now calls Sembach, Germany home. With an added Chorus in 1967, the United States Army Europe Band and Chorus continues to represent the U.S. Army and the U.S.across the European continent.