Home Home / News & Events / The Inauguration of the President 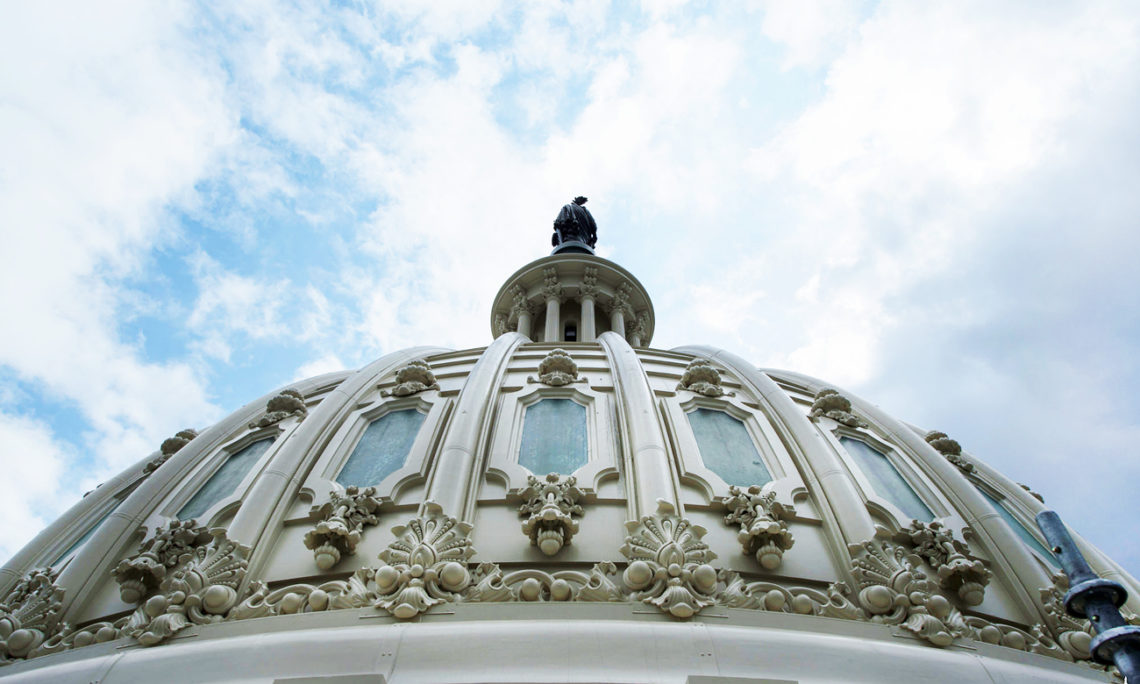 The roof of the Senate building, Washington D.C.

The inauguration of President Joseph R. Biden and Vice President Kamala Harris took place on Wednesday, 20 January 2021 and was the fifty-ninth Presidential Inauguration.

Official information on the Presidential Inauguration is always available from the Joint Congressional Committee on Inaugural Ceremonies website.

West Front of the U.S. Capitol Building, with the oath administered by the Chief Justice of the U.S. Supreme Court.

The Constitution stipulates that the new President must make the following oath:

The Vice President-elect’s oath is slightly different. Since 1937 the oath has been the following:

“I do solemnly swear that I will support and defend the Constitution of the United States against all enemies, foreign and domestic, that I will bear true faith and allegiance to the same: that I take this obligation freely, without any mental reservation or purpose of evasion, and I will well and faithfully discharge the duties of the office on which I am about to enter.”

Q.  What day does a newly elected President start working in office?

A.  Under the 20th Amendment of the U.S. Constitution, the terms of the President and Vice President end at noon on the 20th of January. So, it would be 12:01pm on January 20th.

Q.  How many U.S. political parties are there?

A.  Well, there are the two main parties: the Democrats and the Republicans. But there are numerous minority parties ranging from ideological and single-issue to economic protest and splinter parties. The exact number of U.S. parties is currently unavailable.

Q.  Which President in the history of the United States, had the shortest inaugural speech?

A.  George Washington, the first President to be inaugurated in 1789, in New York City.

Q.  Who was the first President to give his inaugural address over the radio?

Q.  Who was the first President to give his speech on television?

A.  William Henry Harrison in 1894. It took more than and hour and forty-five minutes to deliver. Just thirty days after his inauguration (the shortest U.S. presidency in history), Harrison died from a cold virus. It is now considered a myth, however, that Harrison’s illness was due to a lengthy inauguration address in the cold.