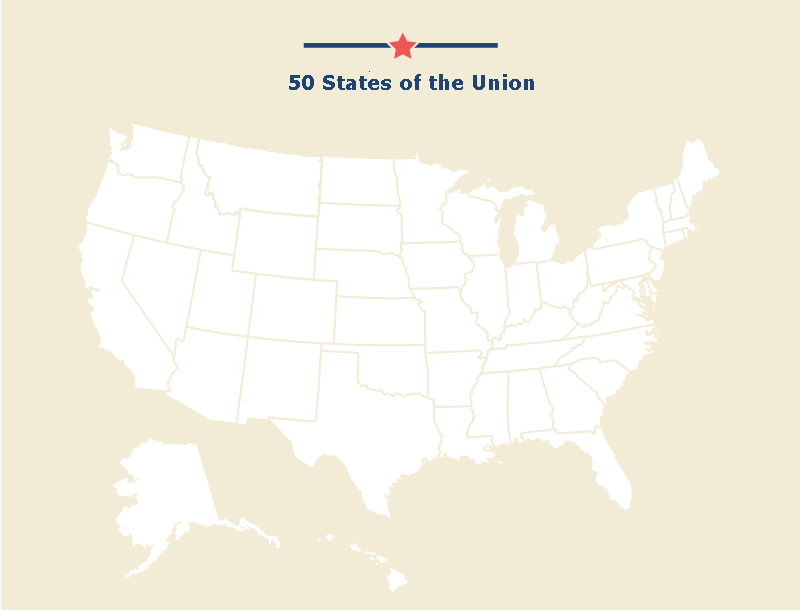 50 States of the Union

States of the U.S.

Washington D.C. is a federal district under the authority of Congress. Local government is run by a mayor and 13 member city council. Washington DC is represented in Congress by an elected, nonvoting Delegate to the House of Representatives and residents have been able to vote in Presidential elections since 1961.

Puerto Rico is a commonwealth associated with the U.S. Its indigenous inhabitants are U.S. citizens. Puerto Ricans are unable to vote in U.S. Presidential elections but they do elect a nonvoting resident commissioner to the U.S. House of Representatives.

Source: The CIA Factbook
Detailed information about each of the territories can also be found in that CIA publication.

The National Governors’ Association provides a list of names and contact details for the governors of the states and territories. There are also links to brief biographies of each of the officials.

Other Sources of State Information