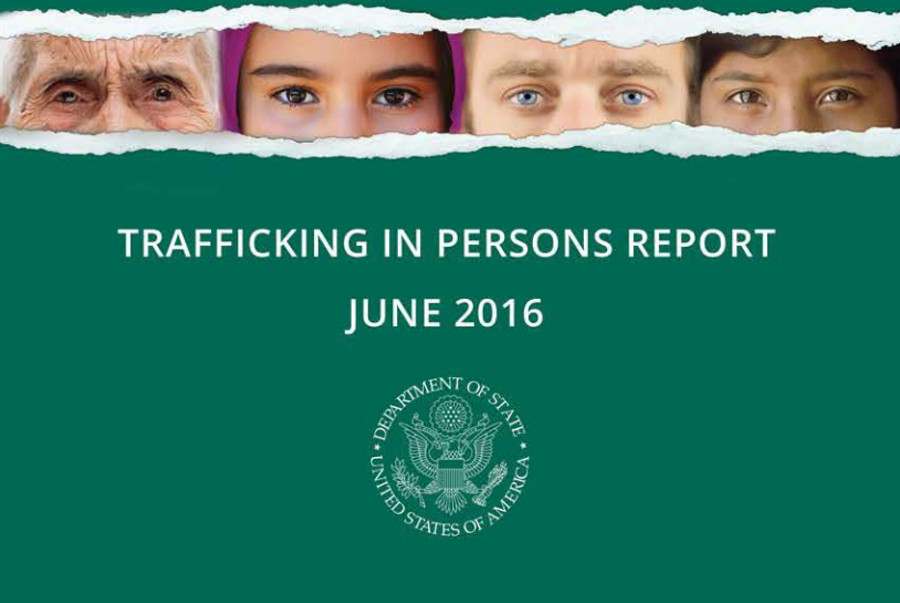 “If there is a single theme to this year’s Trafficking in Persons (TIP) Report, it is the conviction that there is nothing inevitable about trafficking in human beings. That conviction is where the process of change really begins—with the realization that just because a certain abuse has taken place in the past doesn’t mean that we have to tolerate that abuse in the future or that we can afford to avert our eyes. Instead, we should be asking ourselves—what if that victim of trafficking was my daughter, son, sister, or brother?

“This year’s TIP Report asks such questions, because ending modern slavery isn’t just a fight we should attempt—it is a fight we can and must win.” – John F. Kerry, Secretary of State

The 2016 Trafficking in Persons Report is available from the State Department website in PDF and HTML formats. The PDF is available as a complete one-piece file and as individual sections for easier download. To view the PDF files, you will need to download, at no cost, the Adobe Acrobat Reader.

Remarks at Release of 2016 TIP Report