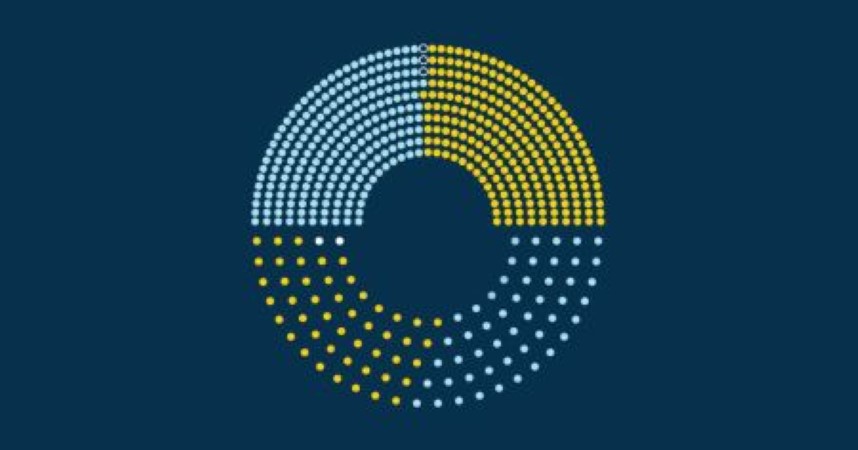 The Congress recently sworn into office saw Republican gains in the House and Democratic gains in the Senate. This 117th Congress has more women and minorities representing districts and states around the country.
Here are the details.

The new Congress most notably features an evenly divided Senate, with 50 Republicans on one side of the aisle and 48 Democrats and 2 independents who caucus with the Democrats on the other. Vice President Kamala Harris, a Democrat, will be the tiebreaker, so Democrats will control the agenda and the Senate’s various committees.
In the House, Democrats lost some ground in the November elections and hold a slimmer majority with 221 of the 435 seats. The youngest member of Congress is newly elected Representative Madison Cawthorn, a 25-year-old Republican from North Carolina. The oldest is Senator Dianne Feinstein, an 87-year-old Democrat from California.

The 2019 record of 127 women in Congress was broken this year: There’s a record 143 voting members of the House and Senate.

Though nearly three-quarters of the women are Democrats, Republican women made gains — and now, at the start of the 117th Congress, total 38.

A groundbreaking number of women of color were sworn in this year (52 at the start of the Congress). New Mexico, for the first time, elected a House delegation composed entirely of women of color.
Other firsts include the first Korean-American women elected to Congress (Democrat Marilyn Strickland of Washington state and Republicans Michelle Steel and Young Kim, both of California, who were all elected to the House) and the first Black Democrat elected from a Southern state to the Senate (Raphael Warnock).

This is the sixth Congress to break the record set by the one before it. In the House, representation by Blacks and Native Americans now equals their share of the total U.S. population.

By U.S. Mission to the United Kingdom | 23 February, 2021 | Categories: Uncategorized