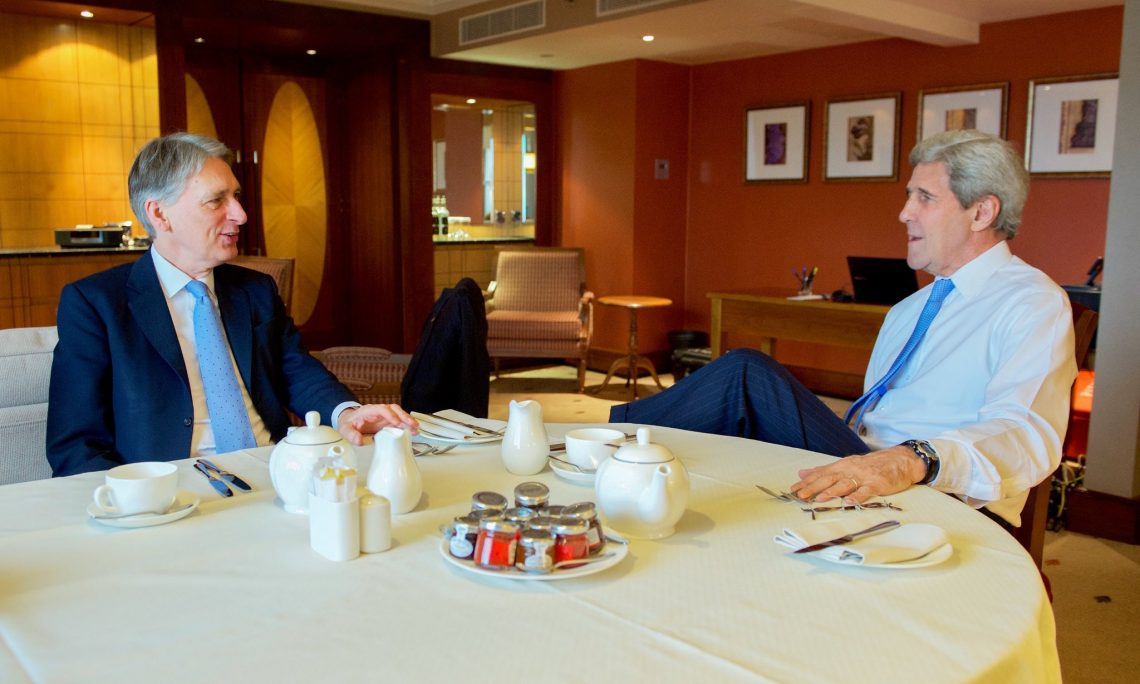 Secretary of State John Kerry met with UK Foreign Secretary Philip Hammond in London to discuss Syria and progress made by the UN task forces.

Secretary Kerry met in London this morning with British Foreign Secretary Philip Hammond. The two ministers discussed the ongoing conflict in Syria and the progress being made in Geneva by UN task forces — one to develop the modalities of a cessation of hostilities and the other to ensure the sustained and unimpeded delivery of humanitarian assistance to besieged areas.

Secretary ‎Kerry thanked the Foreign Secretary for Great Britain’s continued leadership in the International Syria Support Group, as well as for British contributions in the coalition to fight Da’esh.

The above is attributable to Spokesperson John Kirby.