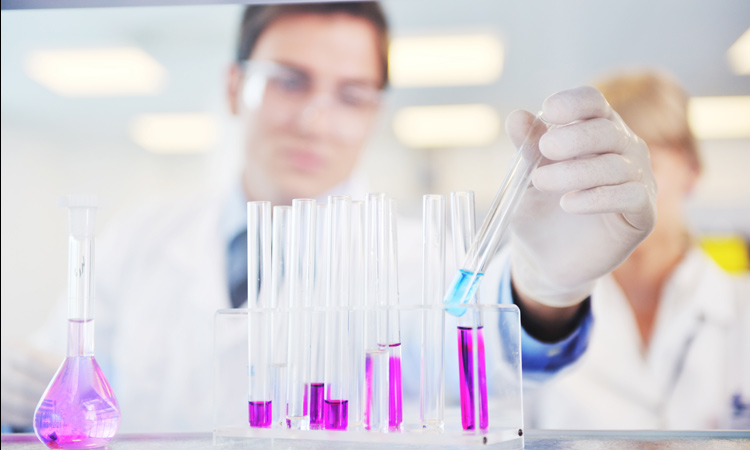 Research and science people in laboratory

Health is a basic need that holds a distinctive place in human relationships, as the wish for good health is universal. Within the debate surrounding the merits of international assistance, politicians alone cannot provide answers to the questions posed by their constituents. And on the other side, physicians seem to have challenges with grasping the human condition across geographical boundaries. This defect creates an opening for a unique tool of diplomacy.

“Only through the partnerships of scientists and diplomats can we truly advance global science for the benefit of all peoples” (Dogan, 2015).

There is a need for persons with both scientific and diplomatic proficiency to ensure the globalization of science as well as the integration of science into new policies. Science, too, can be a solution to the global problems we face.

Science diplomacy can be a medium through which diplomats work towards achieving an international vision of a sustainable planet to live in by the end of the twenty-first century. A great array of existing processes and structural obstacles will make progress exceptionally tough. But, belief in science diplomacy can encourage a shared vision and can conquer political obstacles and broaden international cooperation to action, in turn improving prospects for human survival.

Most people would prefer to stay in their own homelands in livable conditions. Addressing environmental issues is essential for the preservation of life on earth. Yet, at present, many in positions of power are unfortunately not addressing these. Diplomats must be able to detach themselves from the day-to-day confrontations that afflict politicians and visualise the broader picture for a sustainable earth. This makes them of fundamental importance in today’s world.

With regards to arms control and non-proliferation issues, cooperation has been traditionally defined using the concept of “science bridges” prior to that of science diplomacy. These “science bridges” provide “a politically acceptable way to open diplomatic channels of communication between otherwise hostile states (Wilton Park Conference Report, 2010). Science can play a bridging role between countries of weak political relations through their respective scientists, thus serving as a tool of diplomacy for the sake of developing better relations. This in turn can have a spillover effect in the long run through interactive learning. Not all science diplomacy, however, is a means to tranquil ends. This was demonstrated by the secret programmes of collaboration involving countries like China, Iran, Pakistan, North Korea and Libya on nuclear-explosive and missile-propulsion technologies, schemed by Pakistani physicist Abdul Qadeer (A.Q.), Khan (Copeland, 2016). Science and technology offer solutions to security and development, and can equally be responsible for the generation of insecurity, environmental devastation and war. Nevertheless, the vital supposition underlying scientific thought–all occurrences are caused, misfortunes are not fated, the answers are out there and that all problems can in due course be solved—underscore its positive and constructive aptitude (Copeland, 2016). The importance of Global Health Diplomacy (GHD) has become apparent within foreign policy circles, with the twenty-first century continuing to highlight the need for coordinated global health action among nations (Brown, 2015). Additional exploration of this topic may assist those in the fields of public health and foreign affairs—as well as policy makers themselves—in the development of more extensive pathways to address the continuing global public health problems that impact the lives of millions (Brown, 2015).

In the twenty-first century, health is profoundly interconnected with economic development, trade, the environment, social development, human rights, climate, and security. Thus global health has an intense impact on all nations, irrespective of their economic development; no nation can detach itself from cross-border risks. There would be an important outcome of the belief that it is in the self-interest of every nation to play an active role in a sturdy global health system: each country would endeavor to have within its own borders an accountable and approachable health sector—including workforce, research, infrastructure, health information systems, and capacity.

The first quarter mark of the twenty-first century is drawing close, and every day sees new news of the impact of science on the world—many of which are negative.  Cyber security is one such important issue of discussion in today’s day and age, as patient data is being intercepted, stolen, and sold for gain. Drugs and medical services can also be sold online, causing new harm to the health of individuals—carrying the world further from the primary goal of medicine, relieving pain and making human life better.

Since most of the serious problems faced today are in the field of science and impact the health of the world population, a medical approach to Science Diplomacy is of the highest importance. Diplomats are seen as a group of skilled people in pursuit of global solutions to global problems, and they will find those solutions by liaising with people in all parts of the world.

I have to express my appreciation to Dr Mahvsid Siddiq for sharing her pearls of knowledge and wisdom during the Science Diplomacy symposium. Also, immensely grateful to Dr Siddiq for her comments on an earlier version of the manuscript.

Ayad, Nabil. Science Diplomacy – The Tipping Point in the Age of Heteropolarity, a paper submitted at the Canadian Science Policy Centre, Ottawa, November 2016.