Home Home / News & Events / U.S. Embassy London remembers the Centenary of the U.S. Entry into WWI with the City of London 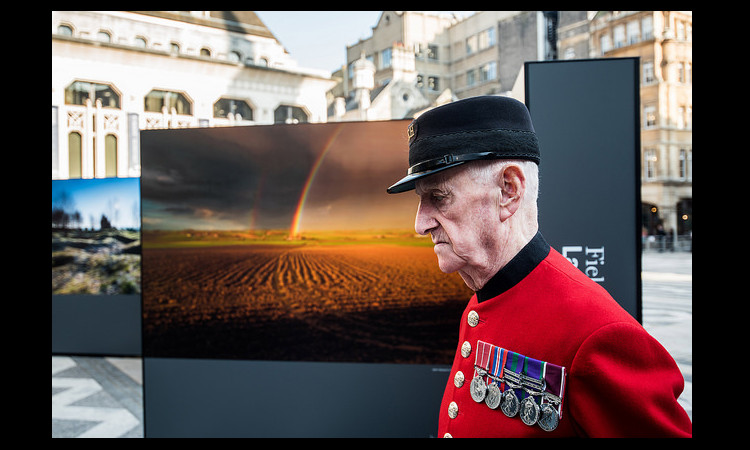 Remembering the 100th Anniversary of the U.S.' Entry into WWI and photo exhibition at the London Guildhall, 6 April 2017.

Fields of Battle, Lands of Peace: The Doughboys 1917-18 is an outdoor art exhibition, the latest in an acclaimed series photographed by Michael St. Maur Sheil, which documents the battlefields of the First World War and tells the story of the U.S. entry into WWI.

The exhibition can be viewed in London Guildhall Yard until April 25. It will then be on show at Grosvenor Square from April 28 until May 12.

Acting Ambassador Lew Lukens visited the exhibition last Thursday and you can follow the opening of the exhibition via the photos on our Flickr feed.