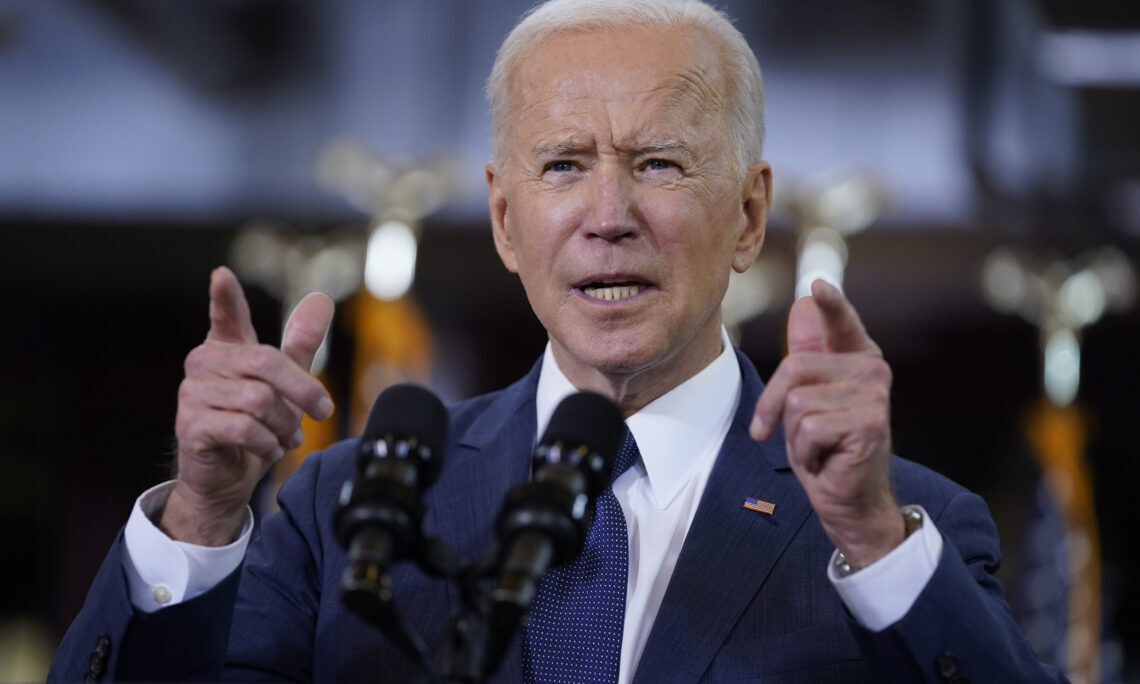 Good morning to all of our colleagues around the world — the world leaders who are taking part in this summit.  I thank you.  You know, your leadership on this issue is a statement to the people of your nation and to the people of every nation, especially our young people, that we’re ready to meet this moment.

Good morning to all of our colleagues around the world — the world leaders who are taking part in this summit.  I thank you.  You know, your leadership on this issue is a statement to the people of your nation and to the people of every nation, especially our young people, that we’re ready to meet this moment.  And meeting this moment is about more than preserving our planet; it’s also about providing a better future for all of us.

That’s why, when people talk about climate, I think jobs.  Within our climate response lies an extraordinary engine of job creation and economic opportunity ready to be fired up.  That’s why I’ve proposed a huge investment in American infrastructure and American innovation to tap the economic opportunity that climate change presents our workers and our communities, especially those too often that have — left out and left behind.

I’d like to buil- — I want to build a — a critical infrastructure to produce and deploy clean technology — both those we can harness today and those that we’ll invent tomorrow.

I talked to the experts, and I see the potential for a more prosperous and equitable future.  The signs are unmistakable.  The science is undeniable.  But the cost of inaction is — keeps mounting.

The United States isn’t waiting.  We are resolving to take action — not only the — our federal government, but our cities and our states all across our country; small businesses, large businesses, large corporations; American workers in every field.

I see an opportunity to create millions of good-paying, middle-class, union jobs.

I see workers capping hundreds of thousands of abandoned oil and gas wells that need to be cleaned up, and abandoned coalmines that need to be reclaimed, putting a stop to the methane leaks and protecting the health of our communities.

I see autoworkers building the next generation of electric vehicles, and electricians installing nationwide for 500,000 charging stations along our highways.

I see farmers deploying cutting-edge tools to make soil of our — of our Heartland the next frontier in carbon innovation.

By maintaining those investments and putting these people to work, the United States sets out on the road to cut greenhouse gases in half — in half by the end of this decade.  That’s where we’re headed as a nation, and that’s what we can do if we take action to build an economy that’s not only more prosperous, but healthier, fairer, and cleaner for the entire planet.

You know, these steps will set America on a path of net-zero emissions economy by no later than 2050.  But the truth is, America represents less than 15 percent of the world’s emissions.  No nation can solve this crisis on our own, as I know you all fully understand.  All of us, all of us — and particularly those of us who represent the world’s largest economies — we have to step up.

You know, those that do take action and make bold investments in their people and clean energy future will win the good jobs of tomorrow, and make their economies more resilient and more competitive.

So let’s run that race; win more — win more sustainable future than we have now; overcome the existential crisis of our times.  We know just how critically important that is because scientists tell us that this is the decisive decade.  This is the decade we must make decisions that will avoid the worst consequences of a climate crisis.  We must try to keep the Earth’s temperature and — to an increase of — to 1.5 degrees Celsius.

You know, the world beyond 1.5 degrees means more frequent and intense fires, floods, droughts, heat waves, and hurricanes tearing through communities, ripping away lives and livelihoods, increasingly dire impacts to our public health.

It’s undeniable and undevi- — you know, the idea of accelerating and the reality that will come if we don’t move.  We can’t resign ourselves to that future.  We have to take action, all of us.

And this summit is our first step on the road we’ll travel together — God willing, all of us — to and through Glasgow this November and the U.N. Climate Conference — the Climate Change Conf- — Conference, you know, to set our world on a path to a secure, prosperous, and sustainable future.  The health of communities throughout the world depends on it.  The wellbeing of our workers depends on it.  The strength of our economies depends on it.

The countries that take decisive action now to create the industries of the future will be the ones that reap the economic benefits of the clean energy boom that’s coming.

You know, we’re here at this summit to discuss how each of us, each country, can set higher climate ambitions that will in turn create good-paying jobs, advance innovative technologies, and help vulnerable countries adapt to climate impacts.

We have to move.  We have to move quickly to meet these challenges.  The steps our countries take between now and Glasgow will set the world up for success to protect livelihoods around the world and keep global warming at a maximum of 1.5 degrees Celsius.  We must get on the path now in order to do that.

If we do, we’ll breathe easier, literally and figuratively; we’ll create good jobs here at home for millions of Americans; and lay a strong foundation for growth for the future.  And — and that — that can be your goal as well.  This is a moral imperative, an economic imperative, a moment of peril but also a moment of extraordinary possibilities.

Time is short, but I believe we can do this.  And I believe that we will do this.

And I look forward to progress that we can make together today and beyond.  We really have no choice.  We have to get this done.