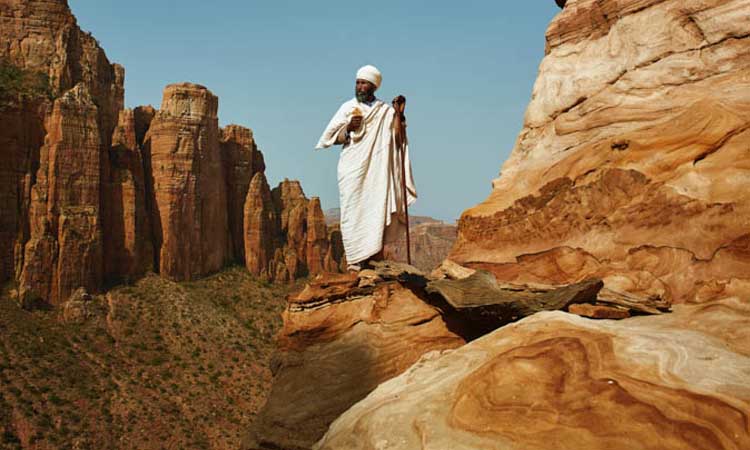 A holy man stands among the cliffs in Tigray, deep in northeast Ethiopia, on November 11, 2016. Churches are carved directly into the rocks and caves of the area’s dry terrain. (© Neil Thomas/Barcroft Images/Getty Images)

In photos: Religious freedom around the world

The United States will always fight for religious freedom across the globe. Secretary of State Michael R. Pompeo notes that more than 80 percent of people live where religious freedom is suppressed or denied entirely.

“Religious freedom is a foundational American value,” Pompeo said at the 2019 Ministerial To Advance Religious Freedom. “It is a universal and unalienable right that should be afforded to all, not just a privileged few.”

These photos feature places of worship and people practicing their faiths the world over.