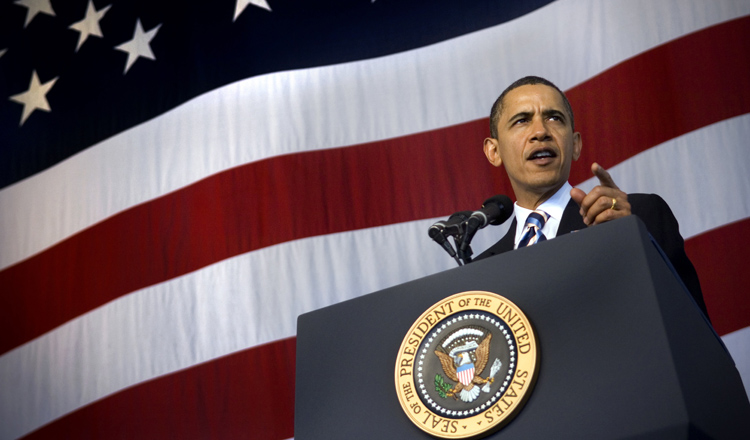 President Barack Obama delivers remarks to an audience of Sailors and Marines during a visit to U.S. Naval Air Station Jacksonville. During his visit he also met with gold star families-families that have lost a loved one in Iraq or Afghanistan, to personally thank them for their sacrifice. (U.S. Na

The White House
Office of the Press Secretary
July 14, 2016