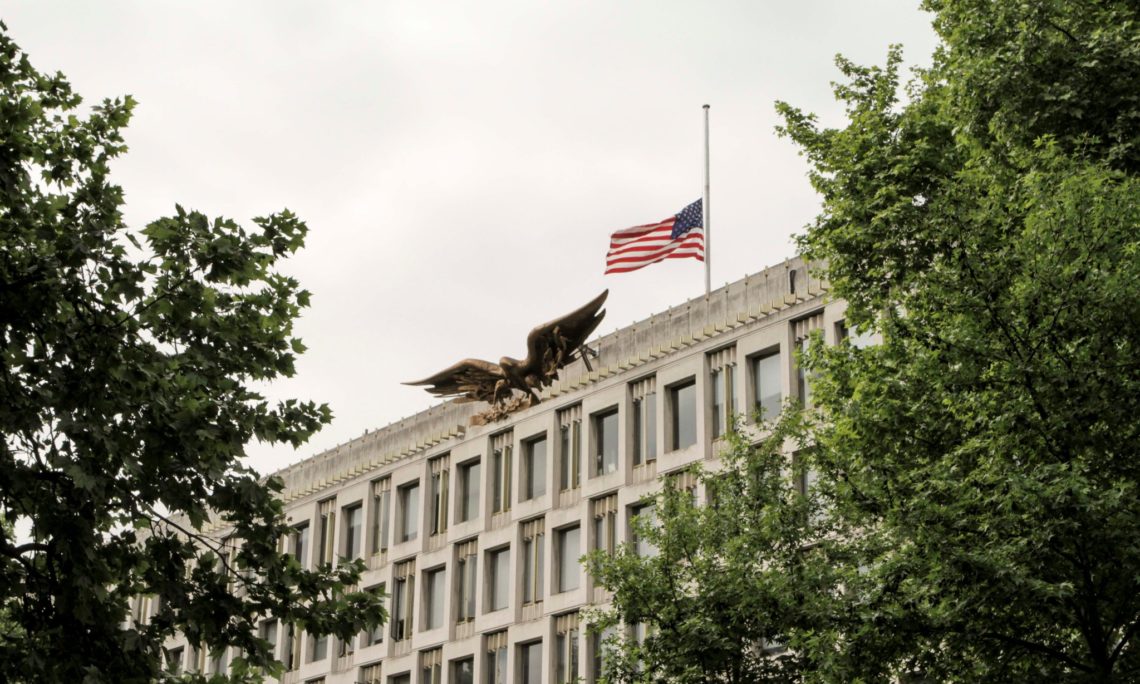 The U.S. flag has been lowered at the U.S. Embassy in London as a mark of respect for those affected by last night's terror attack.

Readout of President Donald J. Trump’s Phone Call with Prime Minister Theresa May of the United Kingdom
Office of the Press Secretary
The White House
May 23, 2017

President Donald J. Trump spoke this morning from Jerusalem with Prime Minister Theresa May of the United Kingdom about the apparent terrorist act in Manchester, England.
The two leaders agreed that this attack—which targeted teenage children and their friends at a joyous event—was particularly wanton and depraved.

The President reassured the Prime Minister that Americans stand with the people of the United Kingdom and that our resolve will never waiver in the face of terrorism. He offered American aid in the United Kingdom’s investigation and vowed to continue the mutual fight against terrorism.

Both leaders commended the courage, speed, and professionalism of those who responded to the wounded, secured the innocent, and tended to the survivors and their families.

The President said he looks forward to seeing Prime Minister May in person this week and discussing America’s unbreakable commitment to the United Kingdom and the ways both countries can work with allies and partners around the world to defeat terrorism.