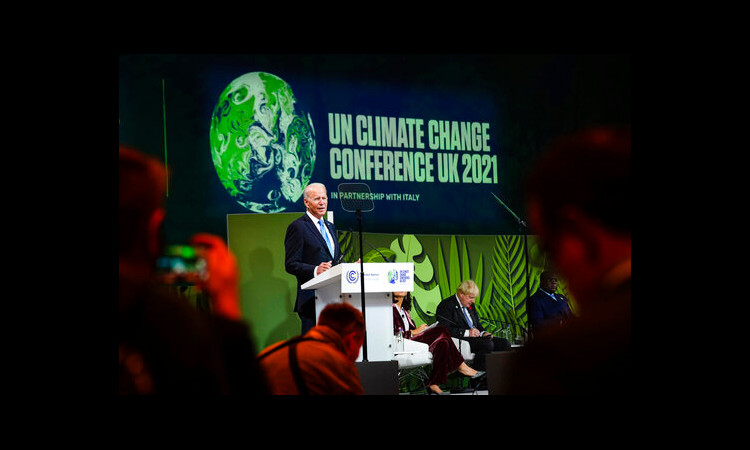 Big news from COP26: the United States has joined over 100 leaders, accounting for more than 86% of the Earth‘s forests, to commit to work together to halt AND reverse forest loss and land degradation by 2030.

1.Infrastructure should be climate resilient and developed through a climate lens.

We commit to build resilient, low- and zero-carbon infrastructure systems that are aligned with the pathways towards net-zero emissions by 2050, which are needed to keep the goal of limiting global average temperature change to 1.5 degrees Celsius within reach. Further, we commit to viewing all projects carried out through infrastructure development partnerships through the lens of climate change.

2.Strong and inclusive partnerships between host countries, developed country support, and the private sector are critical to developing sustainable infrastructure.

Infrastructure designed, financed, and constructed in partnership with those whom it benefits will last longer, be more inclusive, and generate greater and more sustainable development impacts. We will consult with stakeholders—including representatives of civil society, governments, NGOs, and the private sector to better understand their priorities and development needs.

3.Infrastructure should be financed, constructed, developed, operated, and maintained in accordance with high standards.

We resolve to uphold high standards for infrastructure investments, promoting the implementation of the G20 Principles for Quality Infrastructure Investments as the baseline. Environmental, Social and Governance standards help safeguard against graft and other forms of corruption; mitigate against climate risks and risks of ecosystem degradation; promote skills transfer and preserve labor protections; avoid unsustainable costs for taxpayers; and, crucially, promote long-term economic and social benefits for partner countries.

4.A new paradigm of climate finance—spanning both public and private sources—is required to mobilize the trillions needed to meet net-zero by 2050 and keep 1.5 degrees within reach.

The world must mobilize and align the trillions of dollars in capital over the next three decades to meet net-zero by 2050, the majority of which will be needed in developing and emerging economies. Mobilizing capital at this scale requires a collaborative effort from all of us, including governments, the private sector, and development finance institutions, as well as better mechanisms to match finance and technical assistance with country projects, including through country partnerships.

Infrastructure investment should also drive job creation and support inclusive economic recovery. We believe our collective efforts to combat the climate crisis can present the greatest economic opportunity of our time: the opportunity to build the industries of the future through equitable, inclusive, and sustainable economic development worldwide.