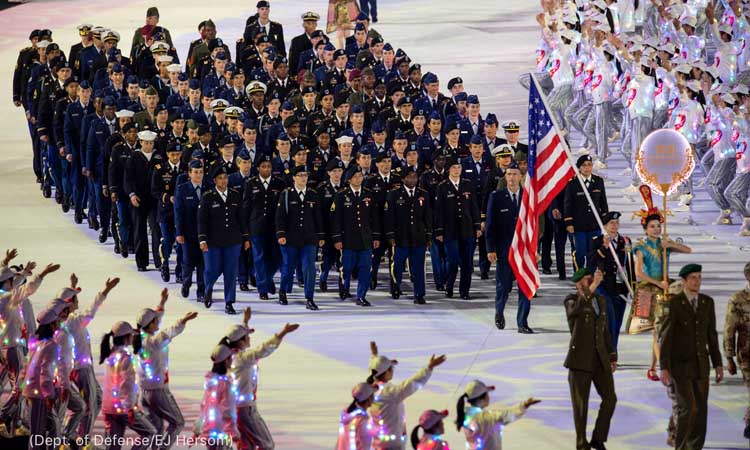 The U.S. Armed Forces Sports team marches during opening ceremonies for the 2019 CISM Military World Games in Wuhan, China Oct. 18, 2019. Teams from more than 100 countries will compete in dozens of sporting events through Oct. 28. (Dept. of Defense/EJ Hersom)

More than 100 nations and 10,000 participants took part in the 2019 Military World Games that wrapped up October 27 in Wuhan, China.

The United States sent 17 teams with over 280 athletes and staff to the games.

The goal of the military games is “to create friendly relations between members of the Armed Forces,” according to the International Military Sports Council, the international body founded in France that organizes the games.

Here are some highlights from the competition.

The U.S. Defense Department says the games “promote peace by uniting service members from nations around the globe through sports.”