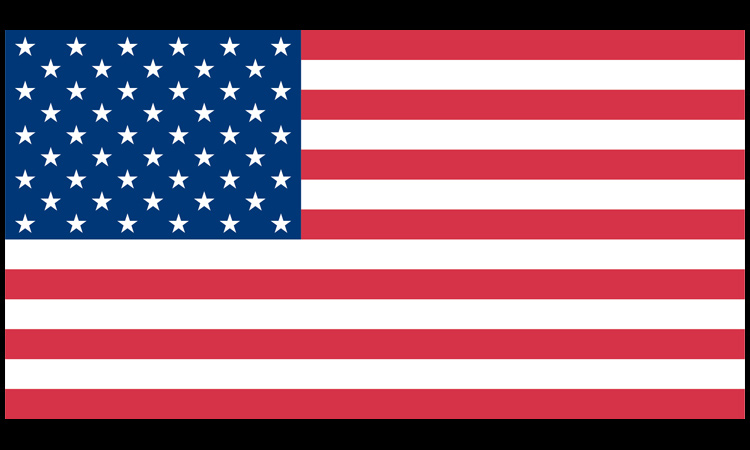 How many stars and stripes are on the flag?

Flag: thirteen equal horizontal stripes of red (top and bottom) alternating with white; there is a blue rectangle in the upper hoist-side corner bearing 50 small white five-pointed stars arranged in nine offset horizontal rows of six stars (top and bottom) alternating with rows of five stars; the 50 stars represent the 50 states, the 13 stripes represent the 13 original colonies; known as Old Glory; the design and colors have been the basis for a number of other flags including Chile, Liberia, Malaysia, and Puerto Rico
from The CIA World Factbook.

When are new stars added to the flag?

A new star is added to the flag on the July 4th following the entry into the Union of the new state.

What are the specifications for the colors of the flag?

The color names and specifications (Pantone, RGB, CMYK and web-hex) of the U.S. flag are as follows:

Who made the first flag and when?

Betsy Ross, made the first flag. Information on Betsy Ross, the history of the flag and on flag etiquette may be found at the Betsy Ross Home Page maintained by the Independence Hall Association of Philadelphia.