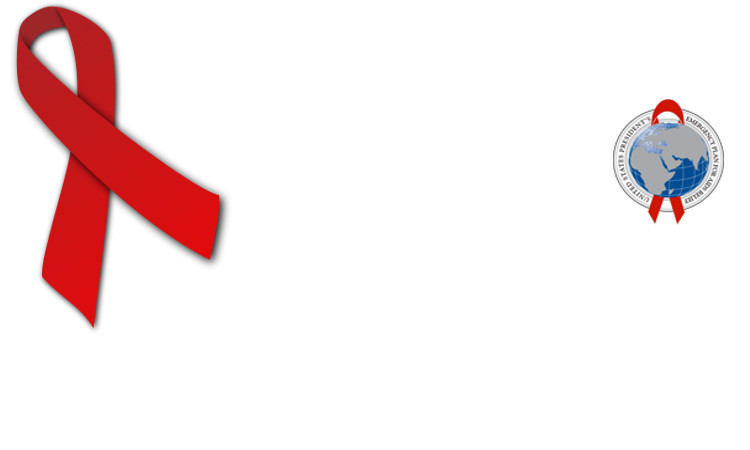 The U.S. President’s Emergency Plan for AIDS Relief (PEPFAR) was launched in 2003, and is the largest commitment ever by any nation for an international health initiative dedicated to a single disease – a comprehensive approach to combating HIV/AIDS around the world.

Under PEPFAR, the U.S. Government has committed more than $25 billion to the fight against global AIDS. The U. S. Global AIDS Coordinator, Ambassador Goosby, leads the implementation of the U.S. President’s Emergency Plan for AIDS Relief (PEPFAR). 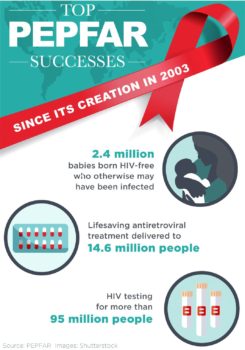 November 17, 2018
U.S. joins in the 16 Days of Activism Against Gender-Based Violence  (ShareAmerica)
Violence against women is a global issue that affects millions every year. Secretary of State Mike Pompeo said the U.S. is proud to take action on “Ending Gender-Based Violence in the World of Work,” this year’s theme for the 16 Days of Activism that begin November 25. “Societies that empower women to participate fully in civic and economic life are more prosperous and peaceful,” he said.

May 30, 2018
Briefing on the 15th Anniversary of the U.S. President’s Emergency Plan for AIDS Relief (State.gov)
Remarks and Q&A with U.S. Global AIDS Coordinator and Special Representative for Global Health Diplomacy at the Department of State, Ambassador Deborah L. Birx.

September 19, 2017
Media Note Secretary Tillerson Launches PEPFAR Strategy for Accelerating HIV/AIDS Epidemic Control   The Strategy also outlines plans to accelerate implementation in a subset of 13 high-burden countries that have the potential to achieve HIV/AIDS epidemic control by 2020, working in collaboration with host governments; the Global Fund to Fight AIDS, Tuberculosis and Malaria (Global Fund); the Joint United Nations Programme on HIV/AIDS; and other partners.
…
The United States remains the largest bilateral donor to the global HIV/AIDS response, support which is made possible through the goodwill, compassion, and generosity of the American people. Today’s announcements demonstrate the remarkable impact of these investments over the past fourteen years.