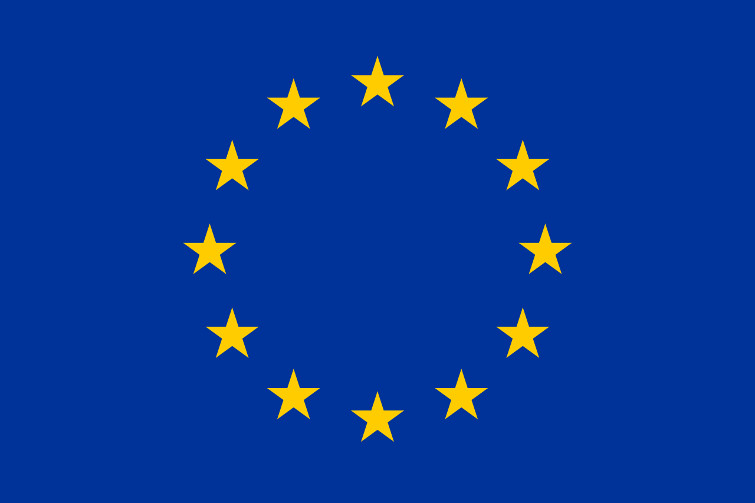 Flag of the European Union (EU)

September 13, 2019
Joint Statement from Commissioner Jourová & Secretary Ross on the 3rd Annual EU-U.S. Privacy Shield Review (USEU)
““Senior officials from the United States Government, the European Commission, and EU data protection authorities gathered in Washington, DC on September 12 and 13 to conduct the third annual joint review of the EU-U.S. Privacy Shield Framework. The broad and senior level participation from both sides underscored the shared and longstanding commitment of the United States and the European Union to the Framework.”

August 02, 2019
Remarks by President Trump at Signing of a U.S.-EU Trade Agreement (whitehouse.gov)
“Today, we’re signing a breakthrough agreement that will make it easier to export American beef into the European Union. We’ve been under negotiation for quite a while. And our beef farmers, we didn’t think were being treated fair, but the European Union stepped up and we appreciate it. And we have great representatives here with us today.”

May 24, 2019
Joint Statement on the United States and European Union Holding of the 16th Information Society Dialogue (State.gov)
On May 23, 2019, the United States of America hosted the 16th U.S.-EU Information Society Dialogue (ISD) in Washington, D.C.
The United States and the European Union reaffirmed their commitment to working together on the basis of shared values to respond to challenges in the global digital economy, while promoting global security and prosperity. They also discussed their shared commitment to countering the use of the Internet for terrorist purposes, as well as the importance of working closely with the technology industry to achieve this goal.

February 13, 2019
Secretary Pompeo’s Call With Russian Foreign Minister Sergey Lavrov
Secretary Michael R. Pompeo spoke yesterday with Russian Foreign Minister Sergey Lavrov. Secretary Pompeo reiterated the U.S. determination to hold Russia accountable for its use of a chemical weapon in Salisbury, UK through sanctions as required by the CBW Act. Secretary Pompeo also underlined the United States’ position that, unless Russia comes back into full and verifiable compliance with the Intermediate-Range Nuclear Forces Treaty, the Treaty will terminate six months after February 2. They also discussed the situation in Venezuela and a peaceful transition to democracy that is in the best interest of both the United States and Russia.

September 12, 2018
The Assad Regime/Russia – Disinformation
The Assad regime and Russia continue to falsely accuse the White Helmets through a massive disinformation campaign, leaving its volunteers at significant risk. The White Helmets are a humanitarian organization that has saved thousands of lives and continues to save civilian lives after bombardments by Russian and regime military forces. The United States and the international community continue to support their heroic work.

August 21, 2018
U.S. Strategy Toward the Russian Federation (State.gov)
Our Russia policy proceeds from the recognition that, to be effective, U.S. diplomacy must be backed by “military power that is second to none and fully integrated with our allies and all of our instruments of power.” To that end, we have reversed years of cuts to the defense budget, begun the process of recapitalizing the U.S. nuclear arsenal, requested close to $11 billion for the European Deterrence Initiative, and worked within NATO to bring about more than $40 billion in new European defense spending. At the NATO Summit, we established two new NATO Commands (including one here in the United States), new counter-hybrid threat response teams, and major, multi-year initiatives to bolster the mobility, readiness, and capability of the Alliance.

July 25, 2018
Remarks by President Trump and President Juncker of the European Commission in Joint Press Statements
“The United States and the European Union together count for more than 830 million citizens and more than 50 percent of the global GDP. In other words, together, we’re more than 50 percent of trade. If we team up, we can make our planet a better, more secure, and more prosperous place.
Already today, the United States and the European Union have a $1 trillion bilateral trade relationship — the largest economic relationship anywhere in the world. We want to further strengthen this trade relationship to the benefit of all American and European citizens.
This is why we agreed today, first of all, to work together toward zero tariffs, zero non-tariff barriers, and zero subsidies on non-auto industrial goods”.

May 25, 2018
Calling Russia To Account for Malaysia Airlines Flight MH-17 (State.gov)
Spokesperson Nauert: “As the findings of the Joint Investigative Team made clear, the BUK missile launcher used to bring down the passenger aircraft is owned by the Russian Federation and was assigned to the Russian 53rd anti-aircraft brigade near Kursk. It was brought into sovereign Ukrainian territory from Russia, was fired from territory controlled by Russia and Russia-led forces in eastern Ukraine, and was then returned to Russian territory. We urge Russia to adhere to UNSCR 2166 and respond to Australia’s and the Netherlands’ legitimate requests.”

09 May 2018
Secretary Pompeo: On the Occasion of Europe Day (USEU)
On Europe Day, we send our congratulations to the citizens of the European Union. The United States recognizes the EU as one of our closest partners on our most important objectives abroad.
For decades, the EU has collaborated with the U.S. on a host of international challenges.
The United States is grateful for the EU’s enduring friendship.

April 05, 2018
The Value of the U.S.-European Alliance: From the Marshall Plan to Today (USEU)
Remarks by A. Mitchell, Assistant Secretary for European and Eurasian Affairs.
“There is no major foreign policy challenge in the world today in which the United States and Europe can expect to succeed without each other. America’s commitment to the Western alliance is borne out in the more than $11 billion we have pledged over the past year to the European Deterrence Initiative, in the defensive weapons we are providing to Ukraine and Georgia, in the reconstruction support we provide to countries of North Africa, in the aid and encouragement we provide to reformers in Eastern Europe and Ukraine, in the reduced barriers to U.S. liquid natural gas exports to allies, and in the cooperation on border security, intelligence-sharing, law enforcement and cyber defense that we carry out every day with our European allies.”

April 03, 2018
Remarks by Deputy Assistant Secretary Sandra Oudkirk, Bureau of Energy Resources, at Martens Centre in Brussels (USEU)
“Energy security is fundamental to the stability of our transatlantic relationship; it’s fundamental to U.S. national security and economic prosperity for all of us. It’s a critical component of achieving a strong and free Europe and the United States is ready to carry on our tradition of support for the continued success of Europe.”

July 07, 2017
Secretary Tillerson appoints Ambassador Kurt Volker as the U.S. Special Representative for Ukraine Negotiations
Ambassador Volker, who has served previously as the U.S. Permanent Representative to NATO, Principal Deputy Assistant Secretary for European and Eurasian Affairs, and as Director for NATO and Western Europe on the National Security Council, will take responsibility for advancing U.S. efforts to achieve the objectives set out in the Minsk agreements. He will accompany the Secretary to Kyiv on Sunday, July 9, and is expected to continue to hold regular meetings with Ukraine and the other members of the Normandy Format: Russia, Germany, and France.

July 06, 2017
President Trump: U.S.–Europe bond ‘as strong as ever’   (ShareAmerica)
President Donald J. Trump affirmed on July 6 the U.S. commitment to Poland, Central and Eastern Europe, and the NATO alliance while emphasizing support for national sovereignty and independence.    The president visited Poland in advance of the July 7–8 meeting of the world’s 20 largest economies, to be held in Hamburg, Germany. It is his second overseas trip since assuming office.
“A strong alliance of free, sovereign and independent nations is the best defense for our freedoms and for our interests,” President Trump said in a July 6 address to the Polish people in Krasiński Square in Warsaw.

06 July 2017
President Trump Reaffirms America’s Commitment to its Allies on His Second Trip Abroad
On Wednesday, President Donald J. Trump departed for his second trip abroad. The goals of his trip include promoting economic prosperity worldwide and emphasizing the United States’ commitment to leadership on a global scale.