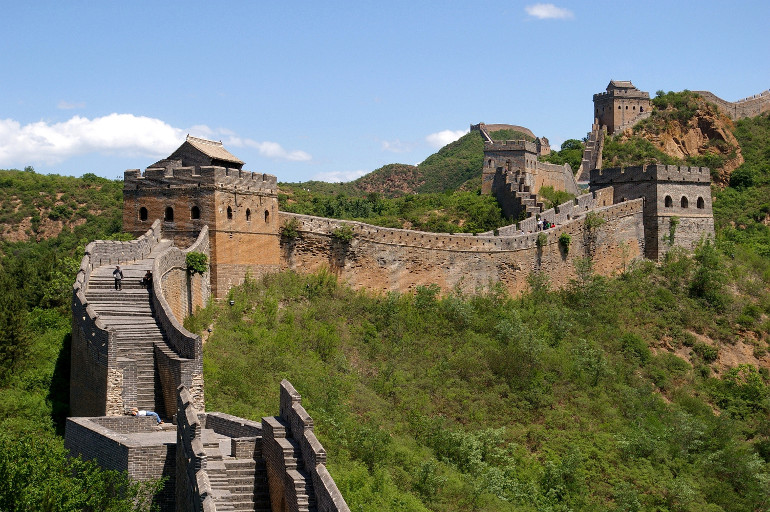 June 29, 2020
U.S. Government Ending Controlled Defense Exports to Hong Kong
As Beijing moves forward with passing the national security law, the United States will today end exports of U.S.-origin defense equipment and will take steps toward imposing the same restrictions on U.S. defense and dual-use technologies to Hong Kong as it does for China.

June 22, 2020
Designation of Additional Chinese Media Entities as Foreign Missions
Pursuant to authorities under the Foreign Missions Act, the State Department is issuing today a new determination that designates the U.S. operations of China Central Television, China News Service, the People’s Daily, and the Global Times as foreign missions.
…
These nine entities all meet the definition of a foreign mission under the Foreign Missions Act, which is to say that they are “substantially owned or effectively controlled” by a foreign government.  In this case, they are effectively controlled by the government of the People’s Republic of China.

June 06, 2020
On the Chinese Communist Party’s Obscene Propaganda
The Chinese Communist Party’s callous exploitation of the tragic death of George Floyd to justify its authoritarian denial of basic human dignity exposes its true colors yet again. As with dictatorships throughout history, no lie is too obscene, so long as it serves the Party’s lust for power. This laughable propaganda should not fool anyone.

May 27, 2020
PRC National People’s Congress Proposal on Hong Kong National Security Legislation
The State Department is required by the Hong Kong Policy Act to assess the autonomy of the territory from China. After careful study of developments over the reporting period, I certified to Congress today that Hong Kong does not continue to warrant treatment under United States laws in the same manner as U.S. laws were applied to Hong Kong before July 1997. No reasonable person can assert today that Hong Kong maintains a high degree of autonomy from China, given facts on the ground.

May 03, 2019
Why does China ‘retrain’ successful businessmen?
Chinese government officials have repeatedly stated that camps in Xinjiang provide job and vocational training, but a widely circulated photograph from one of the camps casts doubt on this claim.

April 23, 2019
Statement from the Press Secretary Regarding the Administration’s Trade Talks with China (Whitehouse.gov)
At President Donald J. Trump’s direction, United States Trade Representative Robert Lighthizer and Secretary of the Treasury Steven Mnuchin will travel to Beijing for continued negotiations on the trade relationship between the United States and China.
The subjects of next week’s discussions will cover trade issues including intellectual property, forced technology transfer, non-tariff barriers, agriculture, services, purchases, and enforcement.

January 31, 2019
Remarks by President Trump in Meeting with Vice Premier Liu He of the People’s Republic of China (Whitehouse.gov)

June 25, 2018
Donald Trump Will Protect American Farmers from China’s Trade Retaliation (Whitehouse.gov)
To stop China’s predatory attacks on America’s innovation base, President Trump is instituting a program of tariffs and is considering investment restrictions and strengthened export controls. These tariffs will help pressure the Chinese to stop engaging in unfair practices and fully open up its markets to U.S. products, including U.S. technologies. The correct response from China would be to stop stealing from Americans and give American products a level playing field to compete in China, not to retaliate and reinforce its own position.

June 18, 2018
Statement from the President Regarding Trade with China (Whitehouse.gov)
“On Friday, I announced plans for tariffs on $50 billion worth of imports from China. These tariffs are being imposed to encourage China to change the unfair practices identified in the Section 301 action with respect to technology and innovation. They also serve as an initial step toward bringing balance to our trade relationship with China.
However and unfortunately, China has determined that it will raise tariffs on $50 billion worth of United States exports. China apparently has no intention of changing its unfair practices related to the acquisition of American intellectual property and technology. Rather than altering those practices, it is now threatening United States companies, workers, and farmers who have done nothing wrong.” 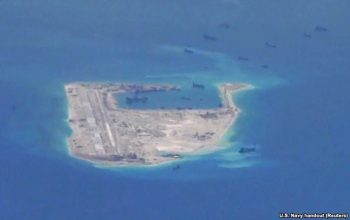 June 04, 2018
Readout of Discussions between Administration Officials and a Delegation from China Regarding the Trade Relationship between the United States and China
(Whitehouse.gov)
Over the weekend, Administration officials, led by Secretary of Commerce Wilbur Ross, concluded a series of meetings in Beijing with a delegation from the government of China, as part of ongoing trade discussions.
The meetings focused on reducing the United States’ trade deficit by facilitating the supply of agricultural and energy products to meet China’s growing consumption needs, which will help support growth and employment in the United States.

April 09, 2018
Trump’s China tariffs explained (ShareAmerica)
In response to China’s forced technology transfers, the Office of the U.S. Trade Representative (USTR) published for public comment a proposed list of Chinese goods imports that may be subject to an additional 25 percent tariff. The proposed list, which contains products that unfairly benefit from China’s industrial policies, is subject to a final determination after a public comment process. It has an estimated trade value of $50 billion.

November 10, 2017
President Donald J. Trump’s State Visit to China (Whitehouse.gov)
From November 8th through 10th, China hosted President Donald J. Trump on an official state visit, at the invitation of Chinese President Xi Jinping. President Trump and President Xi had candid and in-depth conversations about United States-China relations, as well as international and regional issues of mutual concern. The two presidents affirmed that the United States-China relationship is shaped by shared interests and a common commitment to addressing global challenges. Both leaders committed to expand areas of cooperation and generate positive outcomes for the benefit of the citizens of both countries. They committed to directly and frankly address areas of differences, with the aim of solving or narrowing them. The two sides also discussed the progress of United States-China relations since the presidential meeting in Florida in April.

Other sources of policy news include the following websites: