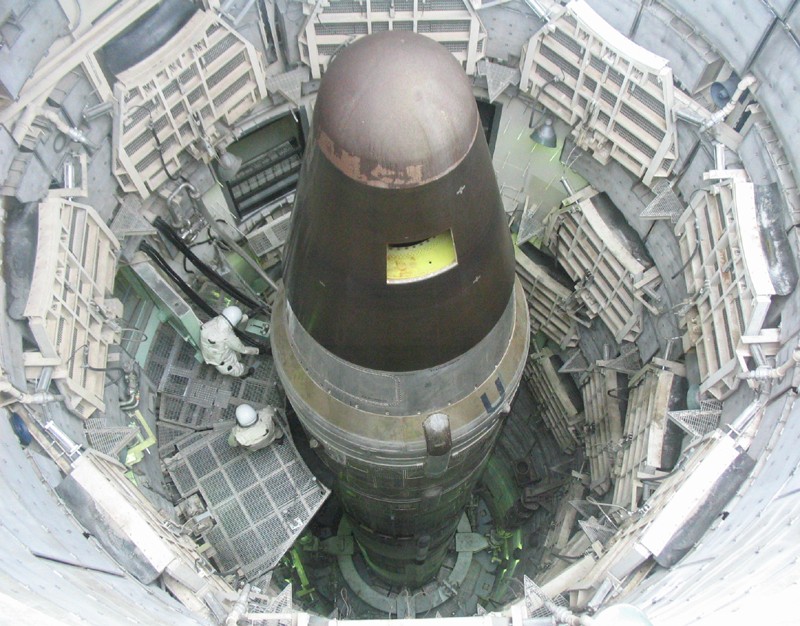 Many more documents can be found on the State Departments Bureau of Arms Control, Verification and Compliance webpage.  Key documents are linked below:

April 02, 2020
State Department releases the 2020 To Walk the Earth in Safety Report (state.gov)
“The Trump Administration’s CWD programs support key U.S. foreign policy priorities and play a direct role in keeping U.S. citizens and our allies safe, while also clearing the way for a stable, secure, and prosperous future in countries that are central to U.S. security interests. Thanks to the bipartisan support of the U.S. Congress and the generosity of the American people, we continue to work toward a future in which all may walk the earth in safety.
— Message From Assistant Secretary of State R. Clarke Cooper

March 10, 2020
Joint Statement by the FM of China, France, Russia, the United Kingdom, and the United States on the 50th Anniversary of the NPT
“We remain committed under the NPT to the pursuit of good faith negotiations on effective measures related to nuclear disarmament, and on a treaty on general and complete disarmament under strict and effective international control.”

January 16, 2020
U.S.-Russia Strategic Security Dialogue (State.gov)
Today, Assistant Secretary for International Security and Nonproliferation Dr. Christopher A. Ford, who has been delegated the authorities and functions of the Under Secretary of State for Arms Control and International Security, led a U.S. interagency delegation to Vienna, Austria, to participate in a U.S.-Russia Strategic Security Dialogue. Russian Deputy Foreign Minister Sergey Ryabkov led the Russian delegation.
The delegations discussed their respective national strategic policies as a means to reduce misunderstandings and misperceptions on key security issues.

August 02, 2019
Secretary Pompeo on U.S. Withdrawal from the INF Treaty
The United States will not remain party to a treaty that is deliberately violated by Russia. Russia’s noncompliance under the treaty jeopardizes U.S. supreme interests as Russia’s development and fielding of a treaty-violating missile system represents a direct threat to the United States and our allies and partners. The United States greatly appreciates the steadfast cooperation and resolve NATO allies have shown in responding to Russia’s violation.

February 04, 2019
Busting myths about the INF Treaty
The United States on February 2 suspended its obligations under the Intermediate-Range Nuclear Forces (INF) Treaty because of Russia’s material breach of the treaty and its refusal to dismantle its intermediate-range, ground-launched cruise missile. The illegal Russian weapon clearly violates the treaty’s ban on ground-launched missiles that can travel 500 to 5,500 kilometers.
U.S. officials say that Russia has responded with a barrage of lies and obfuscations but has made no move to come back into compliance with the landmark 1987 treaty.

February 01, 2019
President Donald J. Trump to Withdraw the United States from the Intermediate-Range Nuclear Forces (INF) Treaty
“Russia has not, unfortunately, honored the agreement, so we’re going to terminate the agreement. We’re going to pull out”.

February 01, 2019
Statement from the President Regarding the Intermediate-Range Nuclear Forces (INF) Treaty
“The United States has fully adhered to the INF Treaty for more than 30 years, but we will not remain constrained by its terms while Russia misrepresents its actions.  We cannot be the only country in the world unilaterally bound by this treaty, or any other.  We will move forward with developing our own military response options and will work with NATO and our other allies and partners to deny Russia any military advantage from its unlawful conduct.”

January 30, 2019
What’s the INF Treaty? How is Russia breaching it?
Thirty years ago the United States and the Soviet Union agreed to the Intermediate-Range Nuclear Forces Treaty (INF) to destroy nearly 3,000 intermediate-range and short-range missiles and follow a strict verification regime to ensure they never returned again.
However, the U.S. has been raising alarms since 2013 that the Russians have developed a new, mobile, ground-launched cruise missile that violates the treaty.

December 18, 2018
To Walk the Earth in Safety 2018
This 17th Edition of To Walk the Earth In Safety summarizes the United States’ CWD programs in 2017. CWD assistance provides the United States with a powerful and flexible tool to help partner countries manage their stockpiles of munitions, destroy excess small arms and light weapons (SA/LW) and clear explosive hazards such as landmines, improvised explosive devices (IEDs), and UXO.

October 22, 2018
Remarks at the 73rd UNGA First Committee Thematic Discussion on Other Weapons of Mass Destruction (State.gov)
“The Chemical Weapons Convention is a remarkable achievement in the progress of humanity. We all must fight for it and, without exception, expose those who use chemical weapons and hold them accountable. As States Parties, we are entrusted with a solemn responsibility which demands that, in our words and in our actions, we defend and advance the shared vision of a world free of chemical weapons. Silence and inaction only further embolden those who seek to maintain an offensive CW program; and look to use such weapons to the detriment of all mankind. As responsible nations, we must be unwavering in our resolve on such matters; and have the courage of our convictions to collectively banish the scourge of chemical weapons forever to the past. ”

September 26, 2018
Remarks by President Trump at the United Nations Security Council Briefing on Counterproliferation (via Whitehouse.gov)

September 25, 2018
Reforming Nonproliferation Programming (State.gov)
Remarks by Assistant Secretary, Bureau of International Security and Nonproliferation, Dr. Christopher A. Ford at the Stimson Center, Washington, DC
“While ISN’s primary nonproliferation responsibilities remain both constant and urgent, I have also directed the Bureau to focus more upon how to re-shape the international security environment in ways that better advance U.S. foreign policy and national security objectives in a broader sense. Specifically, we aim to do more in support of this Administration’s emphasis not just upon proliferation and terrorism threats but also upon the imperatives of restoring U.S. geopolitical competitiveness against rival powers after a generation in which we forgot that such competition continues to be a central aspect of international relations. For this reason, ISN is now also working to use its skills and expertise to help promote the U.S. national security innovation base, prevent damaging technology transfers to geopolitical adversaries, and protect America’s technological edge. ”

April 30, 2018
Secretary Pompeo on the Iran Atomic Archive  “The documents show that Iran had a secret nuclear weapons program for years. Iran sought to develop nuclear weapons and missile delivery systems. Iran hid a vast atomic archive from the world and from the IAEA — until today.”

October 16, 2017
Thematic Discussion on Other Weapons of Mass Destruction (state.gov) “The events of this past year make it clear that the international community must do more to ensure the integrity and viability of the CWC [Chemical Weapons Convention] and to preserve the international laws, norms, and standards against the use of chemical weapons. We must continue to collectively condemn in the strongest possible terms the use of chemical weapons by any State or non-State actor, and to hold all those who would use such weapons accountable. Anything less would be irresponsible. ”

30 March 2016
The tiny atom delivers big benefits in unexpected ways The word “nuclear” can trigger fear, but it should inspire so much more. Peaceful nuclear technology has been powering people’s lives since the dawn of the nuclear age more than half a century ago.
Nuclear power plants provide reliable electricity in 30 countries, thanks in part to the Nuclear Non-Proliferation Treaty (NPT), which set a framework for increasing access to peaceful uses of nuclear energy.
In the 45 years since the NPT came into force, cooperation on peaceful nuclear energy has grown tremendously. Under Article IV of the treaty, the International Atomic Energy Agency (IAEA) helps countries in compliance with their NPT obligations to adopt nuclear tools for a wide range of peaceful applications.