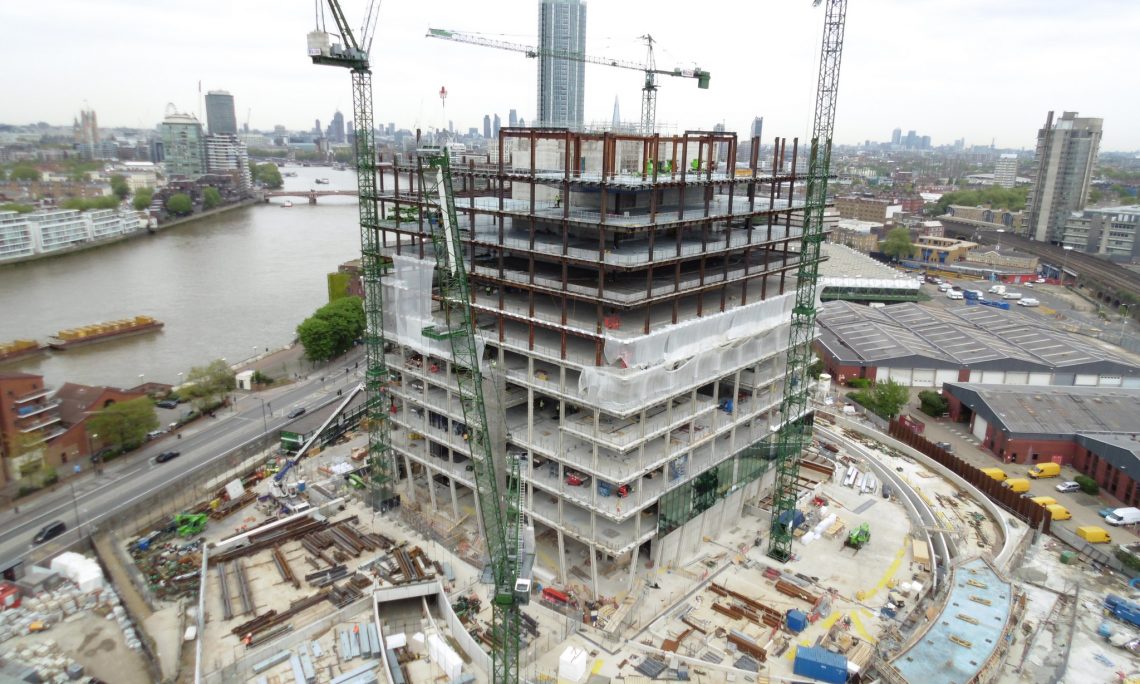 First level 3 curtain wall panels were erected during the early part of this week.
Steel work is more or less complete, just a handful of beams to be placed in the core.
Steel fixings on level 10 have been complete to allow for the 1st concrete overlay to be poured.
Installation of the East and West art wall steelwork continues.

03 November 2009
The U.S. State Department has entered into an agreement to sell the Chancery in London, located in Grosvenor Square.  The sale is to Qatari Diar Real Estate Investment Company headquartered in Doha, Qatar.  The agreement was signed for the United States by the U.S. Ambassador to the United Kingdom, Louis B. Susman.

09 May 2008
Message from Ambassador Tuttle About Improvements at the U.S. Embassy

June 2007
Embassy provides an update on Perimeter Security at the [old] U.S. Embassy in London (links to our official archive website).