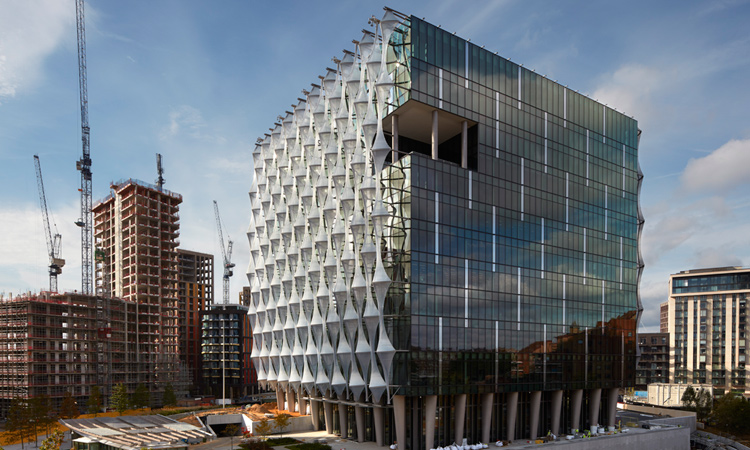 In 2008 the Embassy purchased a site in the Nine Elms area of Wandsworth with construction starting in 2013.   The U.S. flag was raised on the new Embassy building on January 12, 2018 and the new Embassy opened to the public on Tuesday, January 16, 2018.

History of the Special Relationship

The first, short-lived British colony in Virginia was organized in 1584, and permanent English settlement began in 1607. The United States declared its independence from Great Britain in 1776. The American Revolutionary War ended in 1783, with Great Britain recognizing U.S. independence. The two countries established diplomatic relations in 1785. The United States broke relations when it declared war on the United Kingdom during the War of 1812; relations were reestablished in 1815.

U.S. Assistance to the United Kingdom

The International Fund for Ireland (IFI), created in 1986, provides funding for projects to generate cross-community engagement and economic opportunity in Northern Ireland (the United Kingdom) and the border counties of Ireland. Since the IFI’s establishment, the United States and EU have contributed the vast majority of funds, with the United States allocating more than $543 million over the lifespan of the IFI.
Funding for IFI is obligated via USAID.   Annual funding since FY1986 is available via the sites below:

Mutual trade and investment are at the heart of our prosperity, and our commitment to free market values enables our economies to thrive. The United States and the United Kingdom are the world’s first and fifth largest economies in the world. We currently trade over $260 billion worth of goods and services each year. We are each other’s number one source of foreign direct investment and two-way direct investment totals over $1 trillion.

Every U.S. state has jobs that are connected to an investment by a U.K. company. More than 1.2 million Americans work for U.K. companies in the United States, and over 1.5 million Britons are directly employed by U.S. firms. The top U.S. exports to the United Kingdom include aircraft, machinery, financial and travel services, and agricultural products, such as wine and beer. 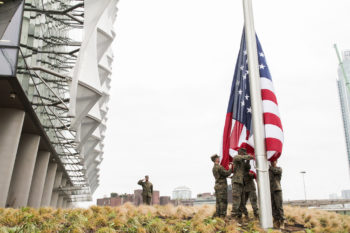 The Ambassador, or Chief of Mission, is the highest ranking American official in the United Kingdom.  The position’s full title is “Ambassador Extraordinary and Plenipotentiary”. It is “extraordinary” in that the Ambassador is the personal representative of the President of the United States to Her Majesty the Queen.  The “plenipotentiary” in the title indicates full power to negotiate.  As well as being responsible for the work of the various sections of the Embassy, the Ambassador coordinates the activities of all departments and agencies of the United States Government with representatives in Britain.

Historically, there has been a strong Consular presence within the United Kingdom. The full list of all diplomatic and Consular posts within the UK is curated at the Office of the Historian ;from the 1960’s onwards the remaining Consular District Posts were closed thus:

UK help and services in USA

Ambassadors to the UK and VIP Visits

A table of all American Diplomats who have served in the United Kingdom is available here.

Our History in Grosvenor Square

More information about the United Kingdom is available from the Department of State and other sources, some of which are listed here: