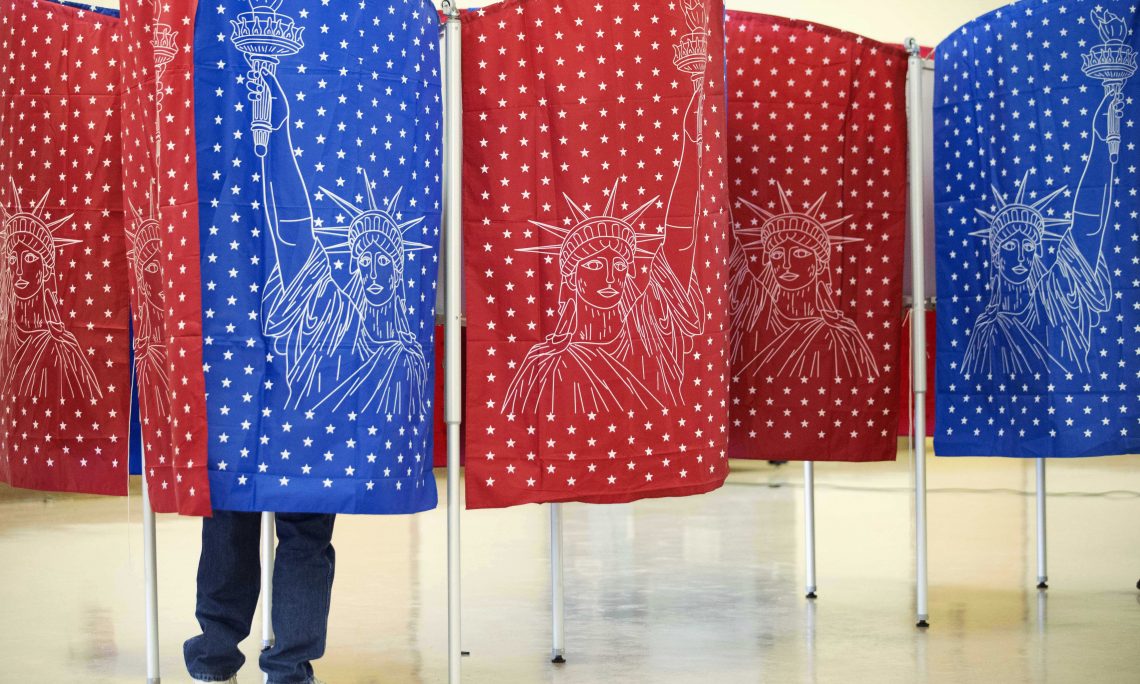 The election for President of the United States occurs every four years on Election Day, held the first Tuesday after the first Monday in November.
The fifty-ninth United States’ Presidential Election will be held on Tuesday, November 3rd, 2020.

Our Election videos covers common questions about the general process, the Electoral College, the Democratic and Republican conventions and the role of caucuses.

During the general election, Americans head to the polls to cast their vote for President. But the tally of those votes (the popular vote) does not determine the winner. Instead, Presidential elections use the Electoral College. To win the election, a candidate must receive a majority of electoral votes.

If no candidate receives the majority (a Contested convention), the House of Representatives chooses the President and the Senate chooses the Vice President.

Young Americans may decide who wins the White House The generation of Americans known as millennials, most of whom are between the ages of 18 and 35, has surpassed the baby boomers (ages 52–70) as the largest living U.S. generation.  And that has some political pundits saying that the 2016 presidential election hinges on whether the millennials show up to vote.

As almost all of them have reached 18, the age at which Americans are eligible to vote for president, the generation has nearly caught up to the boomers when it comes to their share of the American electorate.
In past elections, millennials have not turned out to vote in large numbers, especially when compared to other age groups. In 2012, a less-than-impressive 46 percent of eligible millennials voted, Pew reports. Compare that to 69 percent of eligible baby boomers who voted that year.

Thousands of delegates and even more balloons U.S. political conventions are colorful spectacles. Start with several thousand delegates. Add 15,000 or more print, Internet, radio and television journalists. Don’t forget the speeches. A little-known Illinois legislator named Barack Obama first drew national attention through his 2004 Democratic National Convention address.
And balloons. Lots of balloons. Republicans dropped 120,000 of them from the rafters at their 2012 Republican convention.
For Americans who like politics, the major party conventions are like the Super Bowl; they’re really entertaining, someone wins, and you can watch them on TV!
The vote itself is a highlight. The states report their tallies in alphabetical order. One delegate reports the totals for that state. Many use the occasion to offer the nation a colorful description of their state’s distinctive contributions to the national fabric.

The rise of the independent voter    The United States has two major political parties: Democratic and Republican. Ask an American voter which one she or he sides with, and the most likely answer is: “neither.”   Recent polls say at least 4 in 10 Americans identify as politically independent, even if they tend to “lean” Republican or Democratic on the issues. Only 3 in 10 identify as Democrats and the other 3 in 10 identify as Republicans. The Gallup polling organization calls this a “near historical low” for both major parties.
America’s founders did not envision political parties, but even under George Washington, the first president, factions arose, with Americans divided by the issue of how much power the new central government should have.

On elections, young Americans turn to YouTube    Americans are following this year’s election on the Internet. Over the past year, they’ve watched more than 110 million hours of election content on the YouTube video site.
That, YouTube says, is 100 times more hours viewed than election content viewed on U.S. cable news channels C-SPAN, CNN, MSNBC and Fox News combined, ever.
Who’s tuning in? Young people mostly. Nearly 6 in 10 who use YouTube as a news source are under the age of 35.

What is a contested convention?   Most simply, it means that no candidate arrives with the support of a majority of delegates, and the party’s nomination for the presidency remains in doubt.
That hasn’t happened since 1952, although it used to be much more common. Today, one candidate typically emerges from the series of state caucuses and primary elections as the favorite and captures a majority of delegates well before the convention begins.   But if no candidate wins a majority on the first ballot, the delegates keep voting until one does.
On subsequent ballots, fewer states require delegates to uphold their “pledge” to a given candidate. So delegates can shift allegiances to other candidates.See also:  FAQs on Political Conventions

The Road to the White House

How does the American presidential election work? This video explains the start of the process, picking the candidates:

The Democratic and Republican conventions will take place in America this summer. But, what exactly ARE conventions? What do they achieve? Why and when do they take place? This video tells you all you need to know:

What are caucuses? How do they work? Find out how Americans pick their presidential candidates through caucuses:

The Electoral College is not a place, it’s the process that takes place to election the President of the United States. The founding fathers established it in the Constitution. This video explains the process and what it is designed to achieve: