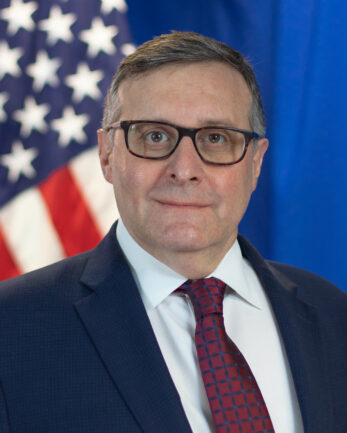 Matthew Palmer is the Deputy Chief of Mission at Embassy London.  Previously, he was Deputy Assistant Secretary in the State Department’s Bureau of European and Eurasian Affairs and the Secretary of State’s Special Representative for the Western Balkans.  Over the course of a thirty-year career, Matt has been posted to Belgrade, Nicosia and the U.S. Mission to the United Nations.  In Washington, he has served on the Secretary’s Policy Planning Staff and at the National Security Council.

Matt is the author of an award-winning series of novels featuring American diplomats as protagonists. He is a member of the Council of Foreign Relations and a Distinguished Graduate of the National War College.  His languages are Serbian, Greek and Japanese.