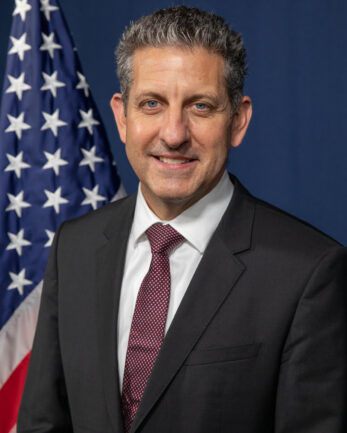 Jack arrived in Edinburgh in August 2021 after serving as Deputy Consul General in Karachi, Pakistan.

From 2005 to 2008, he worked at State Department headquarters in Washington, D.C. He has also been posted to the U.S. Consulate General in Durban, South Africa, and the U.S. Embassy in Libreville, Gabon.

Before joining the Foreign Service, he was a Peace Corps Volunteer in the Kyrgyz Republic and studied at Southern Methodist University and Georgetown University. Originally from St. Louis, Missouri, he is a proud member of Cardinal nation and is married with four children.