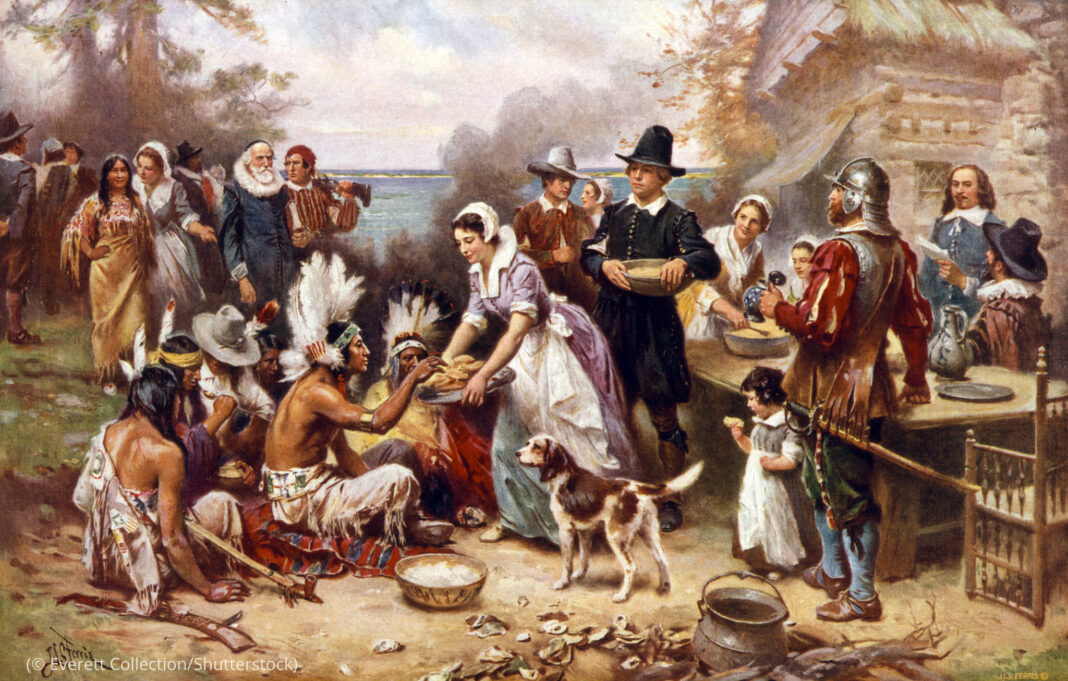 The holiday of Thanksgiving may seem uniquely American, but it echoes fall festivals that have been held throughout the world for centuries.

Like its cousins Sukkot, Chuseok, Day of the Dead and others, Thanksgiving centers around giving thanks for the harvest, enjoying bountiful food and spending time with family and friends. Harvest festivals started in an agrarian era, when crop yields could mean the difference between life and death.

“You get to eat and celebrate not having to starve all winter, and it’s time to celebrate after the work of gathering the harvest,” says John Turner, professor of religious studies and history at George Mason University in Virginia.

Unlike the other celebrations, Thanksgiving focuses on an American origin story. In 1621, Pilgrims new to the land and Wampanoag tribe members who taught the Pilgrims to grow the crops they needed to survive shared what is considered the first Thanksgiving meal. In recent years, Americans have become more sensitized to the contributions of the Wampanoag and also the fact that the feast did not fully represent the relationship between the English settlers and the Wampanoag and other native tribes — it followed almost 100 years of contact with other Europeans and the decimation of many tribes by conflicts and disease.

Even at the first Thanksgiving meal, the settlers and the natives were distrustful of each other, Turner points out.

“By 1675 the relationship had degenerated into one of conflict and war,” according to the Smithsonian’s National Museum of the American Indian (PDF, 4.3MB). “This would be the history of most relationships between Natives and non-Natives for the next two hundred years.”

Over the centuries, Americans, like people in other countries, celebrated periodically when fall crop yields were plentiful and also marked religious days of “thanksgiving” for the blessings in their lives — such as the end of drought, recovery from disease or victory in battle.

It wasn’t until 1863, during the Lincoln presidency and the Civil War, that Thanksgiving became a national holiday. The day “was intended to celebrate America, to be a rite of unification,” says Lucy Long, director of the Center for Food and Culture in Bowling Green, Ohio.

Here are some of Thanksgiving’s global cousins:

Today, Americans see the Thanksgiving holiday as a day to be with their extended families, Turner says. They watch parades and football games, shop at pre-holiday sales, donate to charities and partake in homemade feasts. In the melting pot of America, many immigrant families bring their own traditional foods (such as Lao rice or enchiladas) to serve alongside the traditional turkey and harvest vegetables. The heart of the holiday, Turner says, is family.