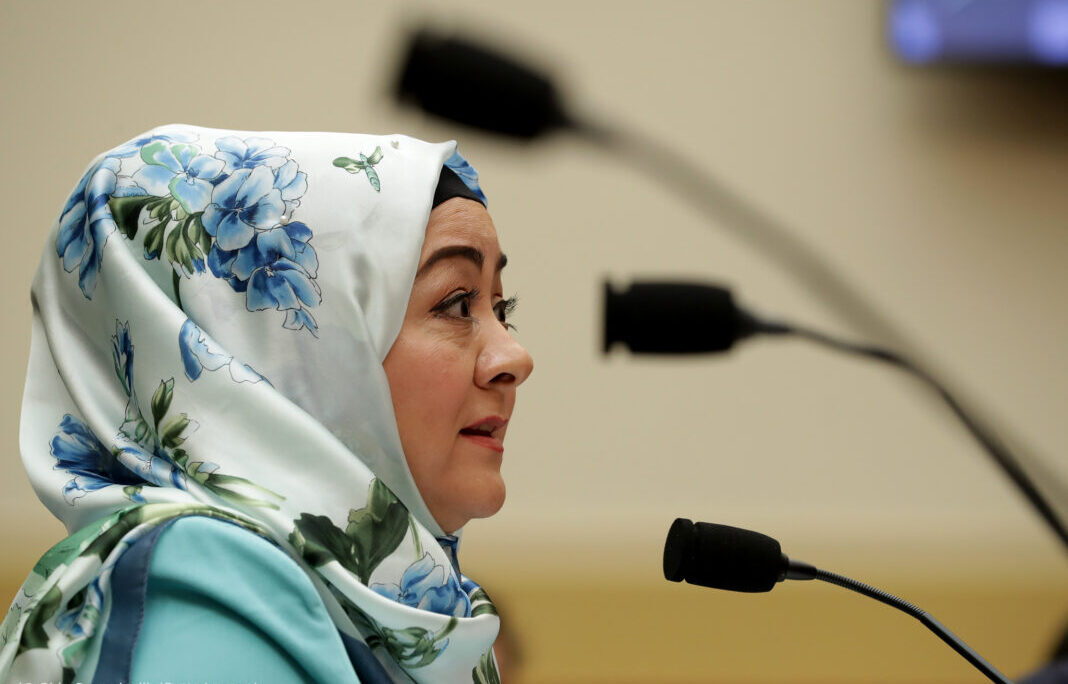 Adalet Sabit’s daughter has never met her father. The government of the People’s Republic of China confiscated her husband’s passport and refused to let him leave Xinjiang, where Uyghurs live in a state of constant surveillance.

Sabit says her video calls to her husband are denied and she doesn’t know if the pictures she sends are received. Raising a child alone in the United States, Sabit preserves her culture as best she can, teaching her daughter the songs she learned to love as a traditional Uyghur dancer.

“Step by step I am teaching her my language,” Sabit told the State Department’s Voices of Xinjiang project. “I share with her Uyghur songs and dance.” In June, Voices of Xinjiang highlighted the stories of seven Uyghurs whose relatives suffer under the PRC’s repressive policies.

Gulchehra Hoja hasn’t heard from 24 of her relatives since authorities in Xinjiang arrested and imprisoned them on January 31, 2018. “The [Chinese Communist Party] is trying to stamp out our culture, our language, our lifestyle,” said Hoja, who left Xinjiang in 2001 to work as a journalist in the United States. “The responsibility of being Uyghur is to keep it all alive,” she told Voices of Xinjiang..

Since 2017, the PRC has imprisoned more than 1 million Uyghurs, who are predominantly Muslim, and members of other ethnic and religious minority groups in Xinjiang. Many are forced to work. Some endure torture. Even outside the camps, Uyghurs live under constant surveillance and are often unable to contact relatives outside Xinjiang.

The United States has sanctioned PRC officials responsible for violating the rights of Uyhgurs and others. The U.S. government also blocks goods it has reason to believe were made with forced labor in Xinjiang from entering the United States in an effort to deter the practice.

On July 6, Secretary of State Antony Blinken met with Uyghur survivors of PRC detention camps and vowed to continue working with partner nations to stop the PRC’s genocide and crimes against humanity.

“The U.S. stands in solidarity with the individuals who have suffered from the People’s Republic of China government’s atrocities in Xinjiang,” Blinken said after the meeting. “We will always pursue justice for them and their families.”

Subi Mamat Yuksel told Voices of Xinjiang that she often wondered why her father, Mamat Abdullah, was arrested. The 73-year-old former government worker was charged with “separatism” and “abuse of power.” But Yuksel later learned Abdullah was convicted of being “a well-respected Uyghur man.”

“People like my father are in prison for years without any reason. Just for who they are, just because they are Uyghurs,” Yuksel said. “Not a single human being should be put into life in prison without a fair, transparent trial.”