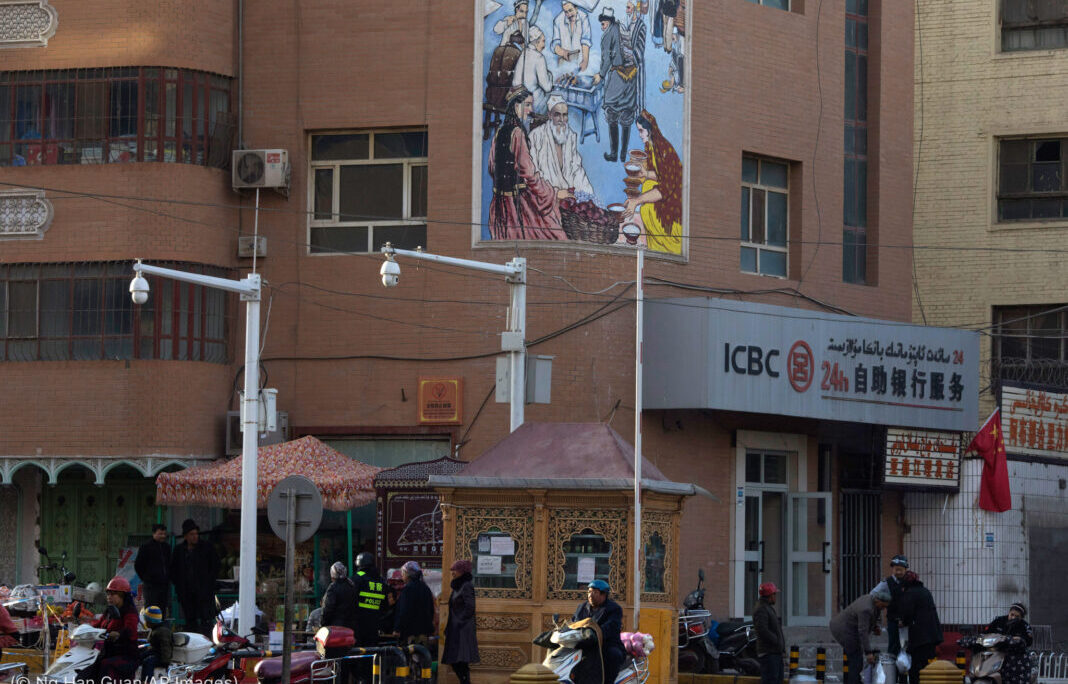 In this Nov. 5, 2017 photo, residents past by a security check point with cameras in Kashgar in western China's Xinjiang region. Authorities are using detentions in political indoctrination centers and data-driven surveillance to impose a digital police state in the region of Xinjiang and its Uighur

The United States is increasing efforts to prevent the People’s Republic of China from exploiting U.S. capital markets to fund its military modernization, surveillance and human rights abuses.

On July 9, the U.S. Department of Commerce blacklisted 14 PRC-based entities that enabled the Chinese government’s repression, mass detention and high-tech surveillance of Uyghurs, who are predominantly Muslim, and members of other ethnic and religious minority groups in Xinjiang.

The Commerce Department also barred U.S. companies from dealing with 20 other entities that support or are at risk of supporting military modernization in the PRC or Russia, or aid in the delivery of restricted technologies to Iran. The department’s July 9 actions add 34 entities to its Entity List, which blocks companies from receiving U.S. software, technology or other goods without special approval.

In its 2021 Trafficking in Persons Report, issued July 1, the State Department found that the PRC is “continuing to use emerging technologies to carry out discriminatory surveillance and ethno-racial profiling measures designed to subjugate and exploit minority populations.”

In September 2020, the State Department developed voluntary human rights due diligence guidance to help businesses mitigate the risk that their products or services could be misused by foreign governments to carry out human rights violations or abuses.

PRC surveillance has effectively turned Xinjiang into an open-air prison, with cameras on every corner and facial recognition software and other technologies tracking all aspects of life. Beijing also exports surveillance technology to authoritarian regimes in Burma, Iran, Venezuela, Zimbabwe and elsewhere.

The Commerce Department’s restrictions follow President Biden’s June 3 executive order that expanded prohibitions against U.S. investment in PRC military modernization to also block technologies that could support PRC surveillance and other human rights abuses in China or other countries.

On June 3, Biden deemed the use of PRC surveillance technology to repress members of religious and ethnic minority groups in China and elsewhere “unusual and extraordinary threats.”