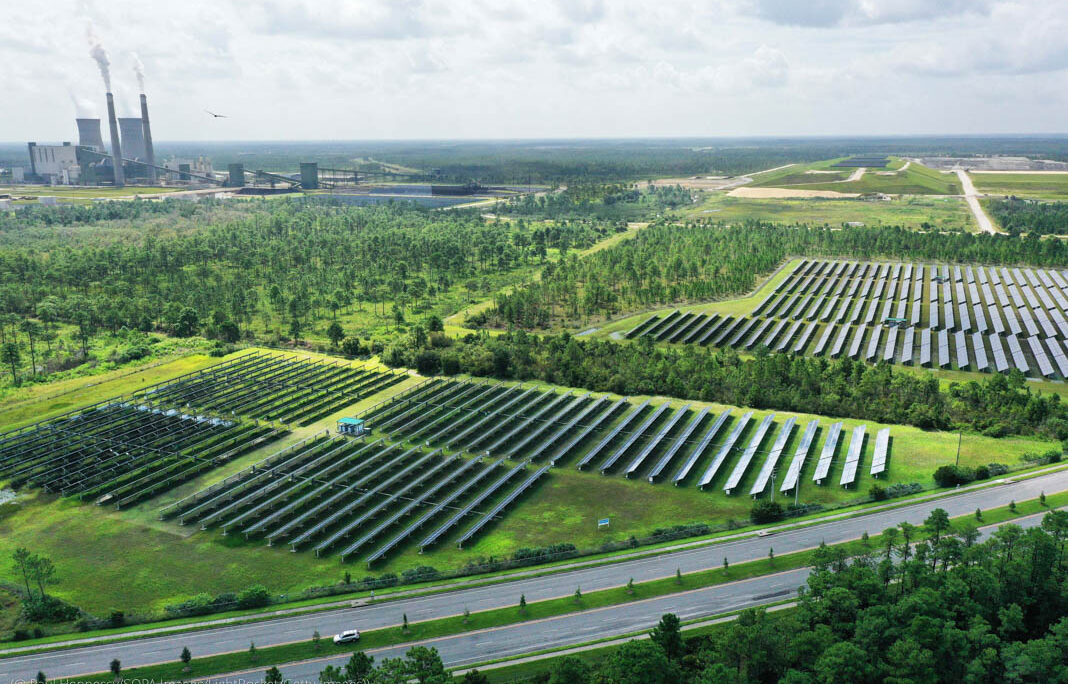 The United States can source 40% of the nation’s electricity supply by 2035 and 45% by 2050 with solar energy, a new U.S. Department of Energy study finds.

“The study illuminates the fact that solar, our cheapest and fastest-growing source of clean energy, could produce enough electricity to power all of the homes in the U.S. by 2035 and employ as many as 1.5 million people in the process,” Secretary of Energy Jennifer M. Granholm said on September 8 in marking the release of the 2021 Solar Futures Study.

As the United States commits to reducing carbon emissions 50%–52% by 2030, achieving carbon-free electricity by 2035 and going carbon neutral by 2050, studies like these pave the way for bold action at both state and federal levels.

The three most widely used solar power technologies are:

Unlike coal burning, solar power does not produce the greenhouse gases that cause global warming.

Projections of solar power use and storage

The Department of Energy’s 2021 Solar Futures Study (PDF, 11.7MB) shows how solar power can play a large and cost-effective role in ending the United States’ reliance on fossil fuels.

Switching to clean energies like solar and wind, it says, will create around 3 million American jobs, and reduce consumers’ energy bills.

The Department of Energy concludes that solar power can provide up to 40% of the nation’s energy supply. This is particularly important because demand for electricity is projected to grow by 30% between 2020 and 2035, the study says.

That means more reliable energy at a cheaper cost, the study says. And other nations can benefit similarly.

“Making these ambitious investments isn’t just good climate policy,” President Biden said at the United Nations General Assembly’s 76th session, “it’s a chance for each of our countries to invest in ourselves and our own future.”