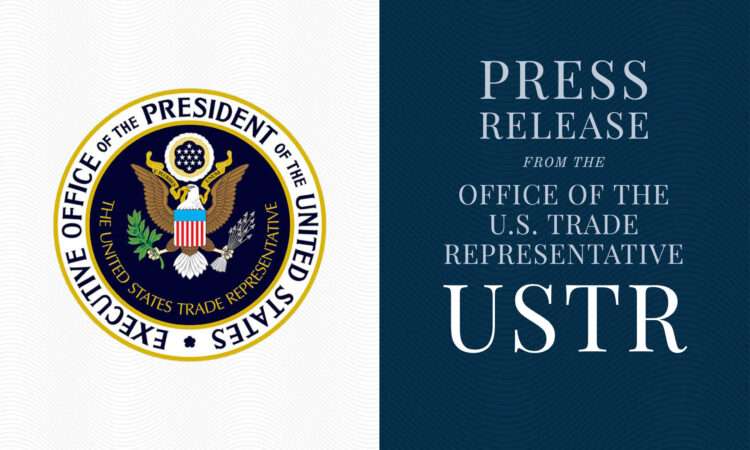 ABERDEEN – On April 25 and 26 United States Trade Representative Katherine Tai and United Kingdom Secretary of State for International Trade Anne-Marie Trevelyan hosted the second U.S. – UK Dialogue on the Future of Atlantic Trade in Aberdeen, Scotland. The Dialogue follows President Biden and Prime Minister Boris Johnson’s announcement last year of a new ‘Atlantic Charter’ and builds on the successful inaugural Trade Dialogue in Baltimore earlier in March. Ambassador Tai and Secretary of State Trevelyan agreed to collaborate further on: delivering practical support for SMEs, digitizing U.S.-UK trade in the modern economy, building resilience in critical supply chains, addressing the global trade impacts of Russia’s invasion of Ukraine, promoting environmental protection and the transition to net zero, supporting high labor and environmental standards, and promoting innovation and inclusive economic growth for workers and businesses on both sides of the Atlantic.

Over the two days, Ambassador Katherine Tai and Secretary of State Anne-Marie Trevelyan hosted a series of roundtable discussions with a diverse group of stakeholders from the U.S. and UK business community, trade unions and civil society, in additional to bilateral discussions between U.S. and UK officials.

Drawing on the stakeholder discussions and bilateral talks in Aberdeen and Baltimore, Ambassador Katherine Tai and Secretary of State Anne-Marie Trevelyan directed their teams to work at pace over the next several weeks to develop an ambitious roadmap with economically meaningful outcomes, including in the areas of:

Russia’s Invasion of Ukraine: The U.S. and the UK stand with Ukraine and its people in the face of the Russian President Putin’s unprovoked, premeditated attack against the sovereign nation of Ukraine. In coordination with their allies and partners, the U.S. and UK have already adopted unprecedented economic and financial sanctions against Russia, and they stand ready to increase the economic pressure to help bring this war to an end. Ministers agreed that their officials would remain closely coordinated, and they will encourage other international partners, including the G7 and other WTO Members, to take action in support of Ukraine’s economic recovery.