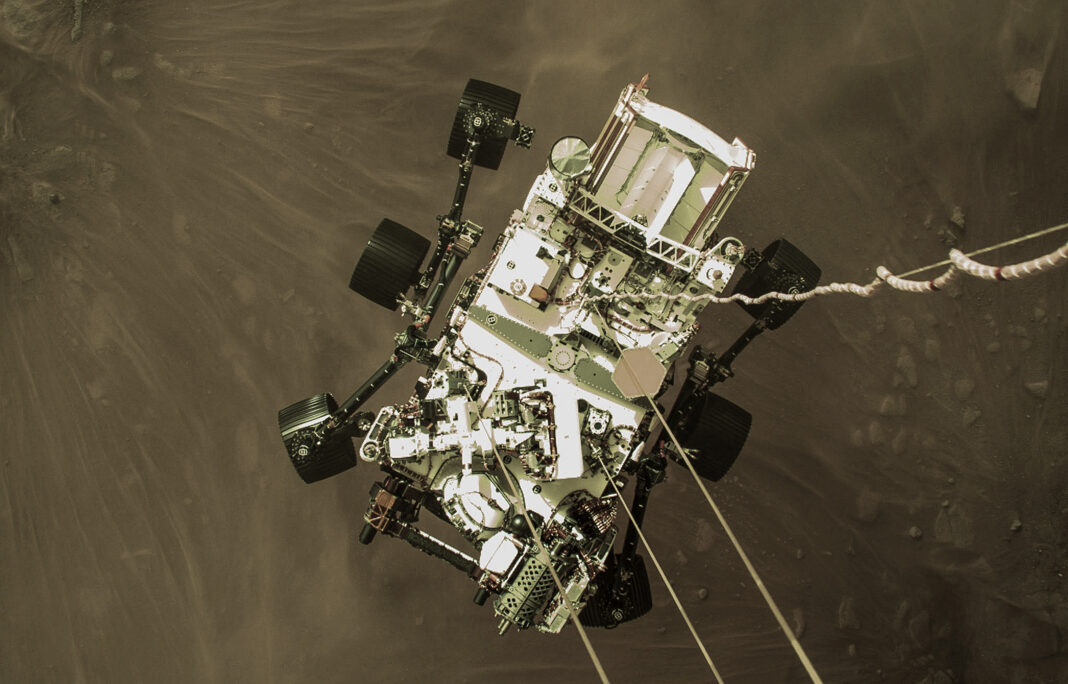 NASA’s Perseverance rover is lowered to the Martian surface February 18 to begin its astrobiology research and search for signs of ancient microbial life. (NASA/JPL-Caltech)

When NASA’s Perseverance rover searches Mars for signs of ancient life it uses technology from partner nations across Europe.

The 2,260-pound (1,025-kilogram) rover is armed with imaging and sensor equipment from France, Italy, Spain and Norway.

“It’s on a mission of exploration, with elements contributed by our European partners to seek evidence of the possibility of life beyond our planet and the mysteries of the universe,” President Biden told the Munich Security Conference February 19. “That’s what we can do together.”

He noted plans for a future NASA joint mission with the European Space Agency to retrieve the samples Perseverance collects and return them to Earth.

After a 300 million–mile (483 million–kilometer), seven-month journey to Mars, Perseverance will spend the next Martian year — the equivalent of two years on earth — exploring Mars, aided by equipment from partner nations.

In his remarks, Biden hailed Perseverance’s mission as an example of how much nations can accomplish by working together. “We can meet any challenge we [face] on Earth,” he said.