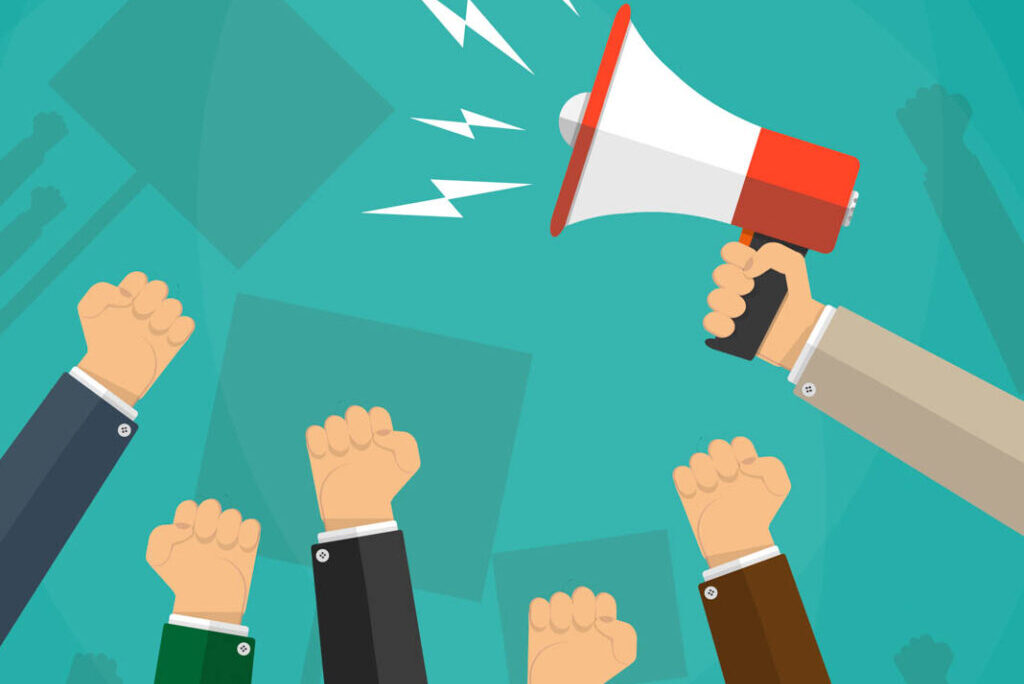 The Chinese government sentenced a book publisher to three years in prison in February after she voiced support for a prominent critic of the Chinese Communist Party. Geng Xiaonan’s sentence came after the party arrested dozens of politicians and democracy advocates in Hong Kong in January.

Authoritarian governments punish speech to protect their power.
In November 2019, Iran’s regime blacked out the internet and killed more than 1,500 demonstrators in a crackdown on nationwide protests that began with a hike in gas prices but turned against government corruption and mismanagement.

In the United States, free speech is protected as an essential part of democracy.

Benjamin Franklin, an American founding father, called freedom of speech “a principal pillar of free government.” He understood that without free speech, “the constitution of a free society is dissolved, and tyranny is erected on its ruins.”

Americans’ right to speak freely without government-imposed suppression or restriction is enshrined in the First Amendment to the U.S. Constitution, along with the freedoms of religion, press and assembly and the right to petition the government for redress of grievances.

Protests after the killing of George Floyd in law enforcement custody May 25, 2020, in Minneapolis prompted nationwide demonstrations that led to police reforms to protect communities and advance equal justice for all Americans.

The speeches of Martin Luther King Jr. inspired thousands to peacefully march for equal rights during the civil rights movement of the 1950s and ’60s. Those peaceful demonstrations contributed to the passage of the Civil Rights Act of 1964, which prohibited discrimination on the basis of race, color, religion, sex or national origin.

While the civil rights movement is among the most prominent exercises of free speech, Americans exercise that right every day, interacting with their local, state and federal governments. The White House alone receives thousands of letters and emails from Americans every day.