Home Home / News & Events / Delivering on the promise of democracy 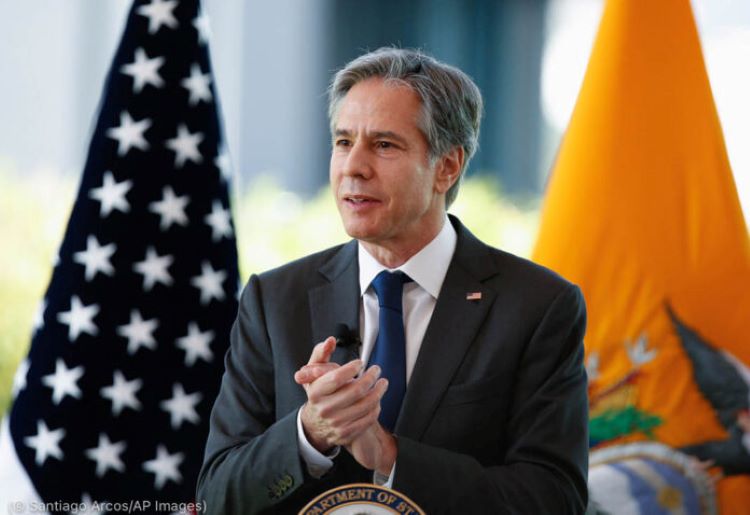 The United States is working to ensure that democratic governments deliver for all the people of the Americas, Secretary of State Antony Blinken said.

In a major speech October 20 in Quito, Ecuador, Blinken defended democracy as the best means of empowering people to tackle pressing problems.

Democratic governments have delivered unprecedented peace and prosperity to Latin America, increasing the middle class and cutting poverty in half, Blinken said. Yet he acknowledged that many people feel their governments are not doing enough.

“The ability of our democracies to close the gap between what we promise and what we deliver depends in no small part on what we do, together, to make it better,” Blinken said.

That’s why the United States is working with democratic partners in Latin America to combat corruption, keep people safe, and tackle persistent economic and social challenges, such as inequality and discrimination, he said.

He praised Ecuador’s press, citizens and activists that, a decade ago, helped prevent an elected leader from weakening democratic institutions such as an independent court system.

The United States is working with partners in government and civil society to expose and prosecute corruption, which reduces global economic output up to 5% each year. The United States is also strengthening civilian tools, such as investigative journalism.

“These tools will help us raise the cost of corruption far beyond our borders,” Blinken said. “No country can effectively fight corruption alone, or even just with the help of other governments. We need strong anti-corruption partners everywhere — and in every field.”

Blinken also said the United States is seeking to address the root causes of criminal activity in the hemisphere by investing in communities, rather than simply funding security forces.

Past U.S. efforts focused too much on “the symptoms of organized crime, like homicides and drug trafficking, and too little on the root causes,” he said. “We’re working to correct that imbalance.”

The United States is supporting violence-prevention programs in communities, while also training prosecutors and judges to strengthen the rule of law.

The United States is also bringing new economic opportunities to the Americas.

The United States has invested more than $10 billion in Latin American and Caribbean nations since 2020, Blinken said. That funding, through the U.S. International Development Finance Corporation, spurs billions more in private-sector investment.

The financial support advances projects that partner with local communities rather than saddling them with debt. Projects also respect labor and environmental laws.

“While we see real challenges in our democracies, we also have no doubt about the best way to tackle them,” Blinken said. “It’s putting these problems out in the open, working together, including with people that you don’t always see eye-to-eye with — that’s the way to fix them.”