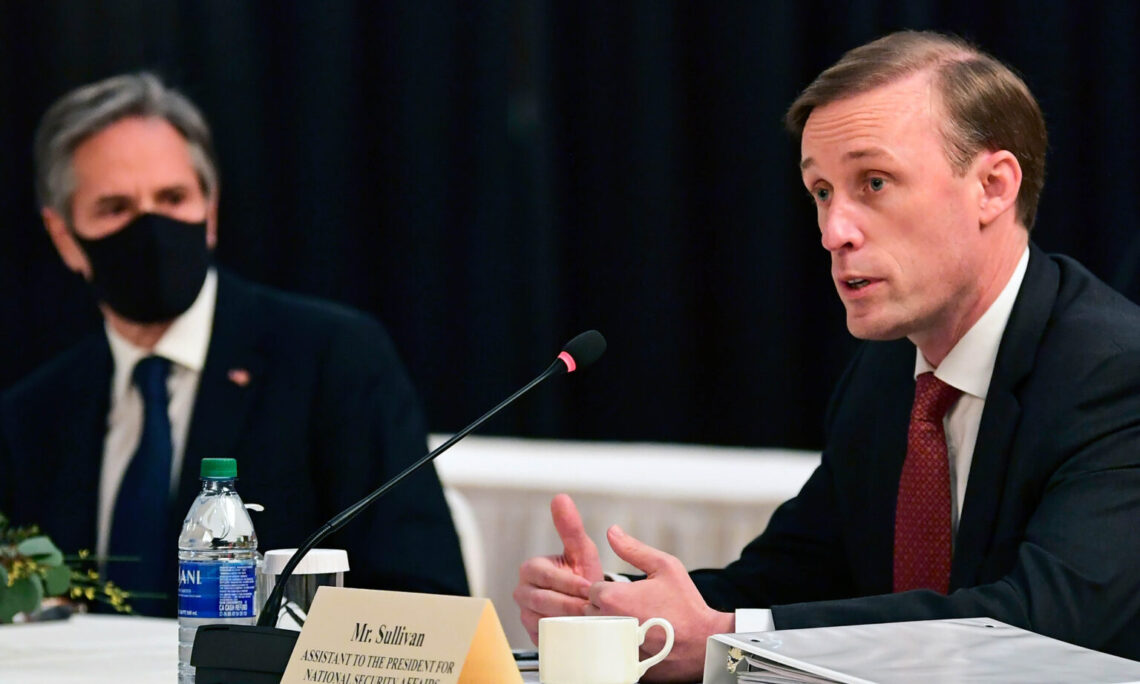 Secretary of State Antony Blinken is defending the rules-based international order in the face of the People’s Republic of China’s global threat to democratic values and human rights.

In his first meeting with China’s top diplomat, Yang Jiechi, Blinken stood up for the international system that promotes cooperation between countries and advances individual freedoms and human rights around the world.
“Our administration is committed to leading with diplomacy to advance the interests of the United States and to strengthen the rules-based international order,” Blinken said at the outset of the March 18–19 meeting in Anchorage, Alaska.

“The United States’ relationship with China will be competitive where it should be, collaborative where it can be, adversarial where it must be,” he added.

National Security Advisor Jake Sullivan joined Blinken for the talks with Yang, the PRC’s director of the Office of the Central Commission for Foreign Affairs, and Chinese State Councilor and Foreign Minister Wang Yi.

Blinken raised deep concerns with China’s aggressive behavior and oppression. He called out human rights violations against Uyghur and other Muslim minorities in Xinjiang, as well as threats to democratic processes in Hong Kong, aggression toward Taiwan, threats to Tibetan culture and religion, and violations of sovereignty and economic coercion of nations in the Indo-Pacific and beyond.

“Each of these actions threaten the rules-based order that maintains global stability,” Blinken said. He noted that the system “helps countries resolve differences peacefully, coordinate multilateral efforts effectively, and participate in global commerce with the assurance that everyone is following the same rules.”

The meeting with PRC officials followed Blinken’s talks with the leaders of Japan and the Republic of Korea on strengthening joint efforts to promote a free and open Indo-Pacific.

.@SecBlinken: “The United States stands united with our allies and partners in speaking out for the rights and freedoms of people in Hong Kong, and we will respond when the People’s Republic of China fails to meet its obligations.” Read more: https://t.co/8jch6Z8OCV. pic.twitter.com/VgqkpfoKn0
— Department of State (@StateDept) March 18, 2021

“I’m hearing deep satisfaction that the United States is back, that we’re re-engaged with our allies and partners,” Blinken told the Chinese delegation about recent talks with U.S. allies. “I’m also hearing deep concern about some of the actions your government has taken.”