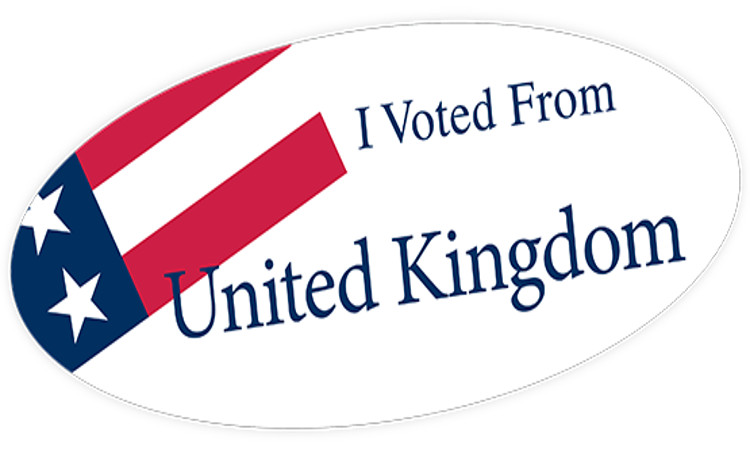 I have Voted from UK

Primary Elections Begin This Month. Register and request your absentee ballot for all 2018 elections at FVAP.gov

This year the entire House of Representatives and a third of the U.S. Senate are up for election. Don’t miss your opportunity to vote in your state’s primary election, as it will determine who is on the November 2018 general election ballot. To register and request your absentee ballot, visit FVAP.gov.  Complete the Federal Post Card Application (“FPCA”) using the online assistant (fvap.gov/military-voter/registration-ballots). You may also use the fillable PDF (fvap.gov/uploads/FVAP/Forms/fpca.pdf) or pick up a hardcopy version from the U.S. Embassy or nearest U.S. Consulate.

The following states have elections in the next 90 days:

FVAP recommends that all U.S. citizens overseas send in a FPCA every January to ensure receipt of absentee ballots for all federal elections in 2018. Now is the time to update your mailing address and absentee ballot request information to reflect any changes since the 2016 general election.

Not voting in the states listed above? Find your state’s primary election dates at FVAP.gov: Select the state where you want to vote from the drop-down menu in the “Voters Start Here” box at the top left-hand side of the screen. To find your state’s election website for specific information on candidates, elections, contact information, and links to your local election offices, visit FVAP’s contact page (fvap.gov/info/contact).