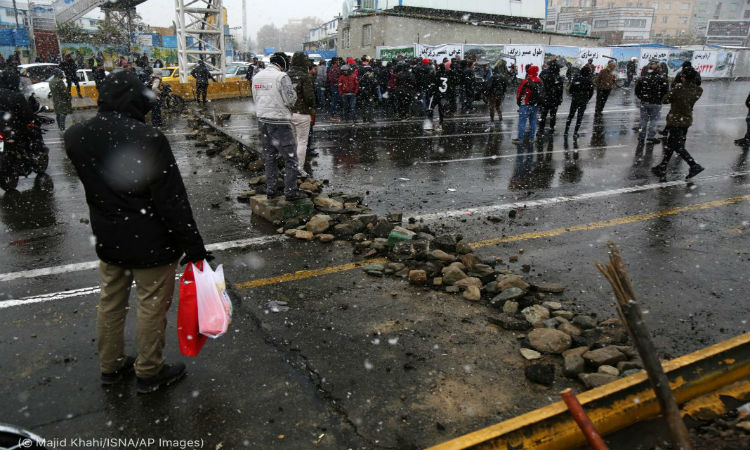 The United States is demanding that the Iranian regime release from prison the family of a protester who Iranian security forces killed last month and was to be honored December 26.

Pouya Bakhtiari, 27, died in his mother’s arms from a bullet wound in the head November 16 in Karaj, west of the capital Tehran, Radio Farda reported. Bakhtiari and his mother, Nahid Shirpisheh, had joined demonstrations after a hike in gas prices prompted widespread protests against the Iranian regime’s corruption and brutality.

December 26 marks 40 days since the start of the protests and a day of mourning for fallen demonstrators. Bakhtiari’s parents and other family members had planned a memorial in honor of Bakhtiari for December 26, but regime security forces arrested family members December 23.

“The U.S. strongly denounces the arrest of Pouya Bakhtiari’s parents, and calls for their immediate release,” U.S. Secretary of State Michael R. Pompeo said in a tweet the next day. “It’s time for the international community to stand together with the Iranian people and hold the regime accountable.”

Iran’s regime shut down the internet November 16 to mask a brutal crackdown on nationwide protests. Regime forces killed about 1,500 Iranians, according to Reuters, including the massacre of as many as 100 people in Mahshahr in southwestern Iran. NetBlocks, a nongovernmental organization that tracks internet access, reported another internet disruption on December 26 in anticipation of a second wave of protests in a month.

The arrest of Bakhtiari’s family continues the regime’s inhumane treatment of the families of its victims. Amnesty International reports that the government has refused to return some victims’ bodies or demanded payment for the cost of the bullet used to kill them.

In the days before their arrest, Bakhtiari’s family vowed to file a lawsuit to identify his killer and decried the regime’s brutality against its own people.

“If they had a problem with the protests and wanted to disperse the crowds, they could have used tear gas or fired bullets into the air,” Shirpisheh told the Center for Human Rights in Iran before she was arrested. “They could have at least shot him in the leg. Why did they shoot at my son’s head?”